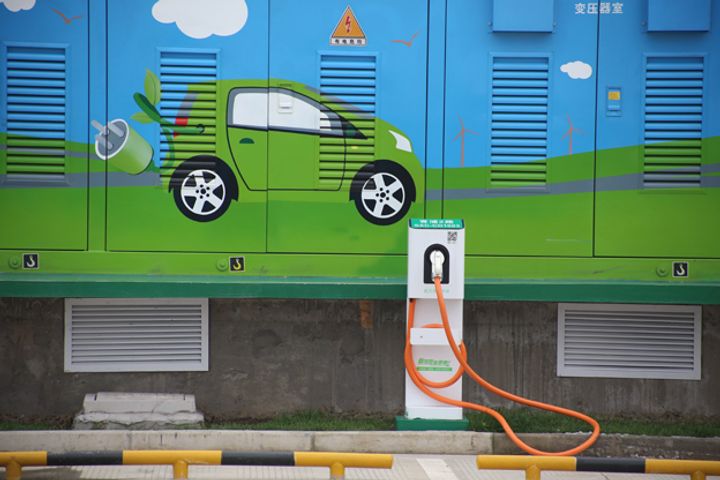 (Yicai Global) Feb. 7 -- Shanghai is paving the way for new-energy vehicles in the world's largest automotive market, ranking first among all Chinese regions for the number of NEVs on the road and the ratio of charging piles to cars.

There are almost 166,000 NEVs on Shanghai's streets, and there is a charging pile for every 1.3 such vehicles on the road, according to data released yesterday by the Shanghai Municipal Commission of Economy and Informatization.

Some 605,500 plug-in passenger cars sold in China in 2017 as the nation captured a 49-percent share of the global NEV market and grew 30 times faster than the worldwide average, according to data from industry researcher EV Volumes.

Sales in Shanghai grew 35 percent on the year to over 61,000 units, the commission said. The value of the cars sold leapt nearly 43 percent to CNY23 billion (USD3.7 billion) and the number of privately-bought battery-only vehicles jumped 19 percent. The top three brands by market share were local marque Roewe, BYD and Tesla.