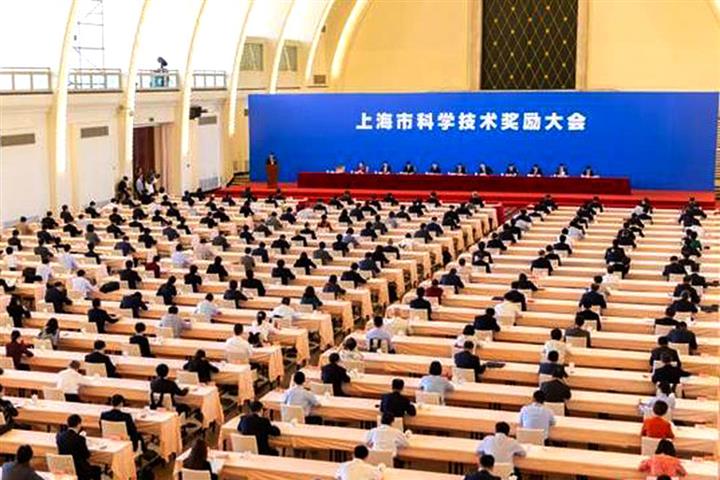 (Yicai Global) May 19 -- Thirty-seven of the 308 projects recognized by the Shanghai Science and Technology Awards announced today had foreign participants in a sign of the growing internationalization of the city’s top accolades for scientific and technological achievements.

The winners of the 2019 awards came from 11 countries, including the US, Japan and France, the city government said in a press release, while four of the judges were experts drawn from overseas, Hong Kong and Macao.

Luc Taerwe of the Royal Belgian Academy of Technical Sciences and Yu Jinquan, a well-known chemist and professor at the US Scripps Research Institute, also received the Shanghai International Science and Technology Cooperation Award. The prize is for foreigners or overseas bodies that have made important contributions to Shanghai’s science and technology fields.

Achievements in bio-pharmaceuticals, information technology, automation and other areas took over 44 percent of the awards. New materials-related projects upstream of the innovation and industrial chains put in an outstanding performance in the natural awards and invention awards categories, accounting for 20.9 percent and 12.9 percent, respectively. That reflects Shanghai’s environment, capabilities, and encouragement in innovation in the frontier and basic fields.

The winner of the Special Award for Progress -- a project called New Development Based on the Brain Plasticity Theory to Repair Disability Upper Limb Function -- proposed a new creative way to treat central nervous system diseases, and deepened understanding of the brain and its nervous system, as well as shedding light on the artificial intelligence sector, the government said.

Shanghai is encouraging businesses to put more efforts into scientific research and innovation. Among the 880 award-winning institutions were 446 firms, making up 50.7 percent of the total.