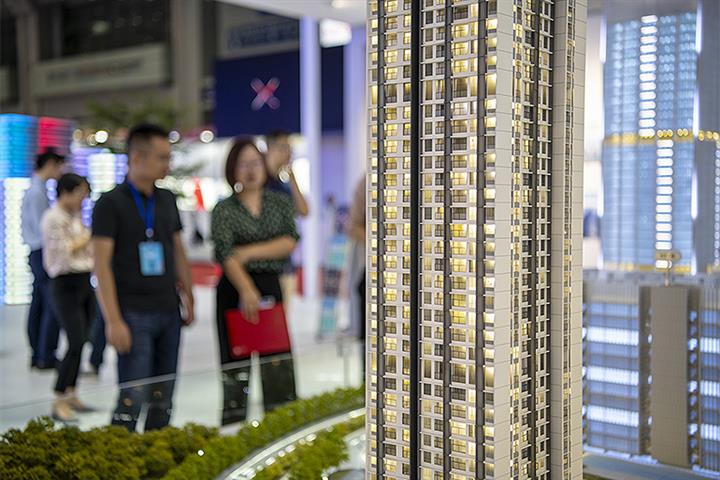 (Yicai Global) March 8 -- An increasing share of women are purchasing houses in China as incomes and attitudes evolve toward equality.

The portion of female buyers made up 48.65 percent of all in 2021, rising from 45.54 percent in 2017, Beike Real Estate Research Institute revealed in a report released yesterday. The institute had surveyed women in 38 cities and compiled transaction data.

The southern tech hub of Shenzhen is ahead of others. Women made up nearly 54.76 percent of all homebuyers, up almost 4.2 percentage points from 2018. No other city could match that growth.

But the trend is apparent in big and smaller cities. In first-tier cities, women accounted for 49.33 percent of all purchasers in 2021, up nearly 3.5 percentage points from 2018. Second-tier and third-tier ones logged almost similar hikes.

The increasingly balanced ratio can be linked to income growth. Almost 76 percent of women who have after-tax incomes of CNY15,000 (USD2,376) or above own a house, according to the survey findings. Meanwhile, only 12 percent of those that have incomes below CNY3,000 (USD475) own property.

Women have a bigger role in making housing decisions in cities, the report shows. More than 60 percent of those with self-owned homes said they had played a decisive role in choosing the property. Only 6 percent said their opinions were not followed.

But buyers may still get support from family or spouses. Some 21 percent of the survey respondents said they bought housing by themselves. More than 36 percent of all had received financial support from their parents when buying their first houses. Almost 36 percent had inked the deal with their husbands.

Parents in China tend to support their children in securing housing in expensive cities. That is why it is not surprising that the survey results show that daughters without siblings were more likely to have their parents pay at least some of the cost of purchasing a home in comparison to those who have siblings. Meanwhile, those who have sisters or brothers are more likely to buy a house with their spouses.