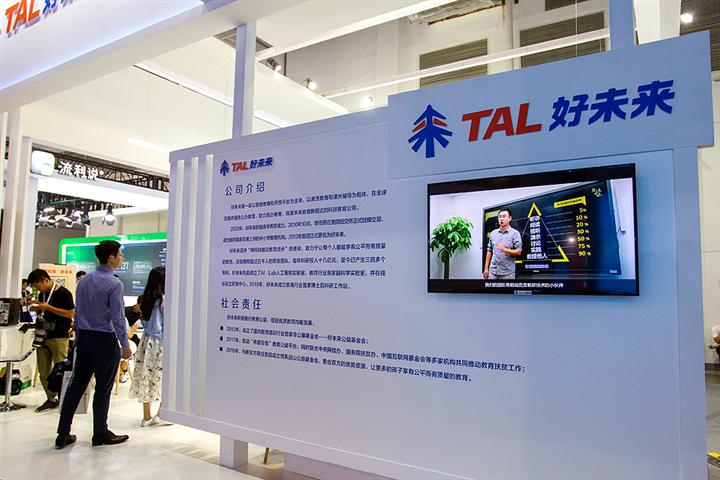 (Yicai Global) April 8 -- TAL Education Group’s stock price slumped in after-hours trading after it became the second Chinese company listed in the US to admit a financial fraud in the space of less than a week.

TAL Education, which is listed on the New York Stock Exchange, said on its website yesterday that it suspects an employee colluded with vendors to wrongfully inflate sales figures by forging contracts and other documents.

Shares of the Beijing-based company [NYSE:TAL], which provides after-school tutoring services for kindergarten to 12th grade kids, sank as much as 23 percent in trading after the market closed before recovering some lost ground. Yesterday, the firm’s stock price had ended at USD55.82, a 3.8 percent gain.

This latest case of a US-listed Chinese business coming clean about employee fraud follows hard on the heels of Starbucks rival Luckin Coffee’s mea culpa. After an internal investigation, Xiamen-based Luckin said on April 2 that its chief operating officer and other staff had fabricated transactions worth CNY2.2 billion (USD311.4 million) last year.

The wrongdoing by TAL’s employee came to light during a routine internal auditing process, according to the firm’s statement, which added that upon discovery, TAL immediately reported the matter to local police who have now detained the staffer. TAL did not identify the employee or state the inflated sales amount.

The irregularities and violations of the company's business conduct and internal control policies by the worker were in connection with TAL’s new Light Class business, said the statement, which added this made up about 3 percent to 4 percent of its total estimated revenues for the fiscal year ended Feb. 29.

TAL Education reported net revenue of USD1836.4 million in the first nine months, up over 36 percent on the same period a year earlier, according to its financial results released on Jan. 21.