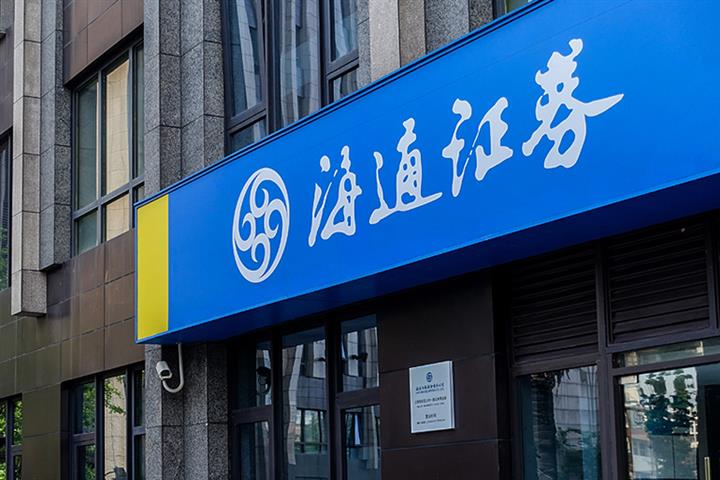 (Yicai Global) Nov. 19 -- Haitong Securities, one of the country's biggest brokerages, is the target of an investigation by a sector self-regulatory agency over violations in bond issues and suspected market manipulation. The company's stock plunged at opening on the news and has continued falling since.

The probe by the quasi-official National Association of Financial Market Institutional Investors opens against the backdrop of serial defaults unfolding in China’s bond market.

The group yesterday accused Haitong Securities of violating regulations in the bond issuance for Yongcheng Coal and Electricity Holding Group and of manipulating the market and announced its decision to launch an investigation into the major Shanghai-based brokerage.

Haitong Securities and its subsidiaries are suspected of abetting Yongcheng Coal and Electricity in the illegal issuance of bonds and rigging the market, the NAFMII said in a statement issued on its website last night.

The association will impose strict sanctions and refer Haitong Securities to relevant agencies for further disposition if the investigation proves the existence of market manipulation or other misconduct, the NAFMII said.

The statement omitted details of the alleged infractions or specific punitive measures the association may take if these irregularities are confirmed.

Haitong Securities soon announced its intent to actively cooperate with the investigation, but without directly referencing the NAFMII allegations.

The NAFMII discovered the potential violations by Haitong Securities in passing during its self-regulatory investigation into the recent bond default of Yongcheng Coal and Electricity Holding Group, the association announced.

It launched a self-regulatory investigation into Yongcheng Coal and Electricity last week after the state-held company announced its failure to make a bond repayment on Nov. 10 on bonds it issued on Oct. 20.

On Nov. 17, Yongcheng Coal and Electricity also declared itself unable to pay two additional bonds with a total principal and interest of about CNY2 billion (USD300 million) at maturity, following its announcement of its default on the earlier CNY1 billion tranche of the debt instruments last week.

Several other such defaults of late by state-owned enterprises, most notably Qinghai Salt Lake Industry and Brilliance Auto, have ratcheted up volatility in the Chinese bond market, sending the prices of some bond varieties plummeting as investors lose faith in the creditworthiness of China’s once-sacrosanct SOEs.