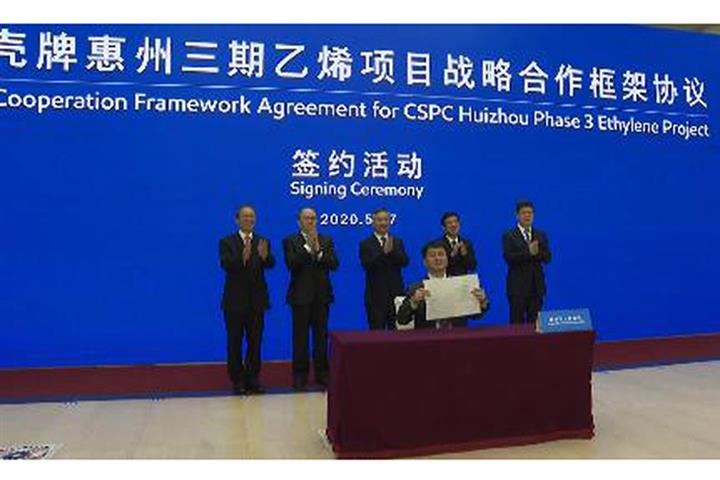 (Yicai Global) May 18 -- Royal Dutch Shell is looking to turn its southern Chinese plant into the country's biggest ethylene producer, the global energy giant said less than a month after its peer Exxon Mobil kicked off a project to make the same chemical in the same city.

The USD5.6 billion project is expected to boost CNOOC and Shell Petrochemical's ethylene output by CNY38.2 billion (USD5.4 billion) each year, or 1.5 million tons, the Netherlands-headquartered firm said in a statement yesterday. Construction will begin next year and seek to meet growing domestic demand.

CNOOC and Shell Petrochemical was founded in 2000 as the largest JV between a Chinese and an overseas firm in the country at that time. The JV makes chemicals used in healthcare, construction, textiles, packaging, transportation, and electronics.