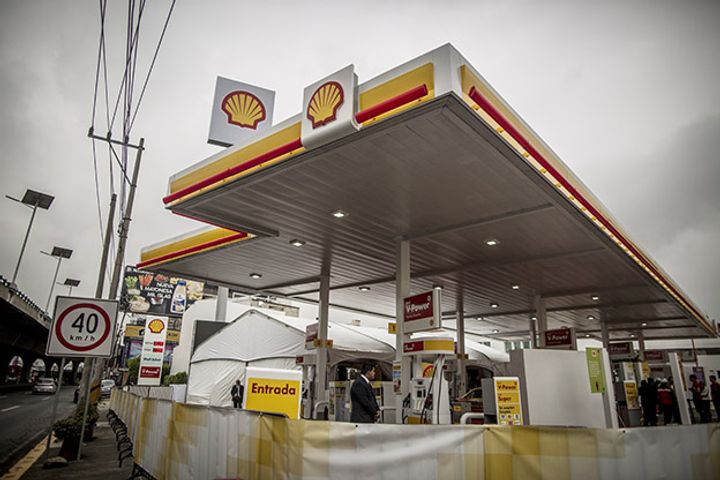 Shell made up almost 20 percent of imports last year, the firm's China President Zhang Xinsheng told business news agency Jiemian. As well as providing China with its self-developed and self-processed LNG, it offers the country more options via its global resources and trade advantages, he added.

China's imported LNG made up around 40 percent of total consumption last year after soaring nearly 38 percent annually to 51.7 billion cubic meters, data from the United States' Energy Information Administration shows. The figures put China as the world's second largest LNG importer and the EIA forecasts that the country's annual gasification capacity for imports will reach almost 116 billion cubic meters in 2021.

In terms of domestic production, Shell is teaming up with China's biggest oil producer PetroChina Co. to expand the Changbei natural gas field in Shaanxi province and Inner Mongolia Autonomous Region. The project's second phase could kick off as soon as the second half to cover gas supply for areas around Beijing, Zhang said, adding that Shell has made a final decision to push ahead with the plant and is waiting to for regulatory approval.

But even with increased domestic production and a major channel to import gas from Russia getting ready to enter operation in 2019, there will not be sufficient supply to meet China's rising demand, Zhang added.

The Changbei project marks the largest international land-petroleum cooperation in China's upstream petroleum sector. It was developed by PetroChina Changqing Oilfield Co. and Shell in September 1999 and spans 1,588 square kilometers with reserves of around 96 billion cubic meters. Its natural gas yields are around 3.5 billion cubic meters a year.

Shell is also mulling teaming up with asset manager Blackstone Group LP to invest USD10-billion in BHP Billiton Ltd.'s onshore shale assets in the US, which exported more than 2.9 billion cubic meters of natural gas to China last year, seven times more than in 2016.