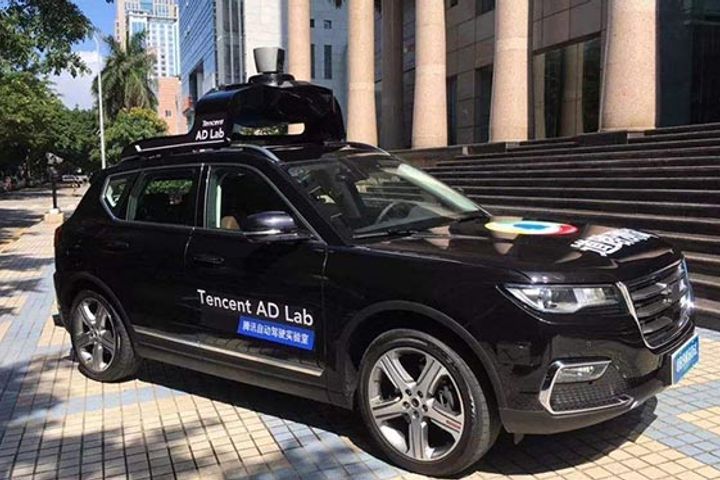 (Yicai Global) May 15 -- China's southern tech hub Shenzhen has dished out its first road test license plate for self-driving vehicles to its local treasure Tencent Holdings Ltd., the nation's biggest tech firm by market cap, as cities across the country look to adapt to the new technology.

The city is now the sixth in China to hand out plates for autonomous road tests, following in the footsteps of three of the country's centrally-run metropolises: Beijing, Shanghai and Chongqing, local news site Jinyang reported. Shenzhen granted the license to Tencent Autonomous Vehicle Laboratory.

Shanghai became the first locale to issue the license plates after it assigned a 5.6-kilometer stretch of road specifically for self-driving vehicle tests. Two local firms were the first to bag the plates there, SAIC Motor Corp. Ltd. and NextEV Ltd. (NIO), with the latter also debuting them in the capital.

This year is Tencent's first in the self-driving vehicle sector, said Su Kuifeng, head of the lab. The firm will focus on promoting its level 3 products but will also research level 4 and level 5 technologies, he added.

SAE International, formerly the Society of Automotive Engineers, defines level 5 vehicles as fully automated and level 4 vehicles as those which can drive themselves safely under most conditions without the need for human intervention. At Level 3, cars can monitor their environment and drive themselves, but may need a human driver to take the wheel at certain times.