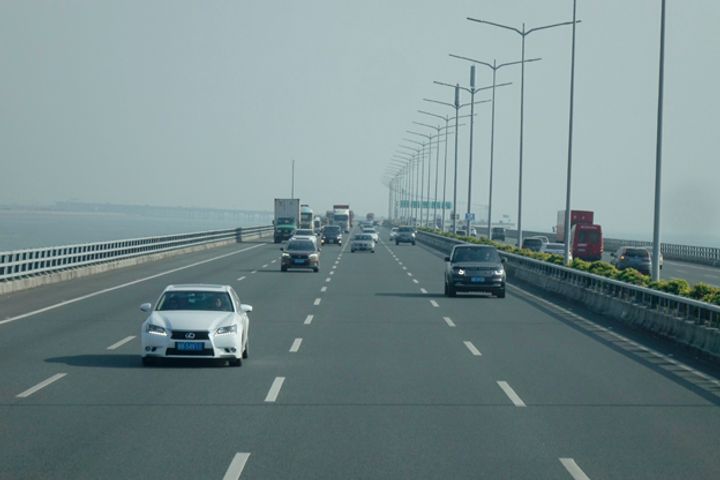 (Yicai Global) Dec. 6 -- The southern Chinese tech hub of Shenzhen has eased restrictions on the purchase of electric cars to boost sales of battery electric vehicles, following in the footsteps of Beijing and Shanghai.

The annual license quota for standard cars in Shenzhen remains 80,000 while license caps on hybrid vehicles and BEVs have been removed to encourage consumers to buy new energy vehicles, according to new licensing regulations issued yesterday by the Shenzhen Municipality's Transport Commission. Also, an individual can apply to buy a BEV if only one car is under his or her name.

Beijing, Shanghai, Hangzhou in Zhejiang province, and Guangzhou in Guangdong have relaxed license restrictions on BEVs, greatly helping the promotion of NEVs, especially battery-powered ones, in first-tier cities.

China's NEV market has achieved rapid growth despite lower subsidies this year. A total of 146,000 units were produced and 138,000 sold in October from a year earlier, up over 58 percent and 51 percent, respectively. From January to October, output and sales came in at 879,000 and 860,000, an increase of 70 percent and 75.6 percent, statistics from the China Association of Automobile Manufacturers show.

The number of NEVs reached 2.2 million in September, according to the Traffic Management Bureau of the Ministry of Public Security. Production and sales have maintained a high growth rate and the country is likely to achieve the goal of five million NEVs by 2020.

NEVs will take up 44 percent of sales in the light vehicle -- meaning passenger and pickup --  market in Europe, 41 percent in China, 34 percent in the US and 17 percent in Japan by 2030. Global NEV sales will reach 60 million by 2040 and China will be a leader in the electrification wave, long-term forecasts released by Bloomberg New Energy Finance in May suggest.