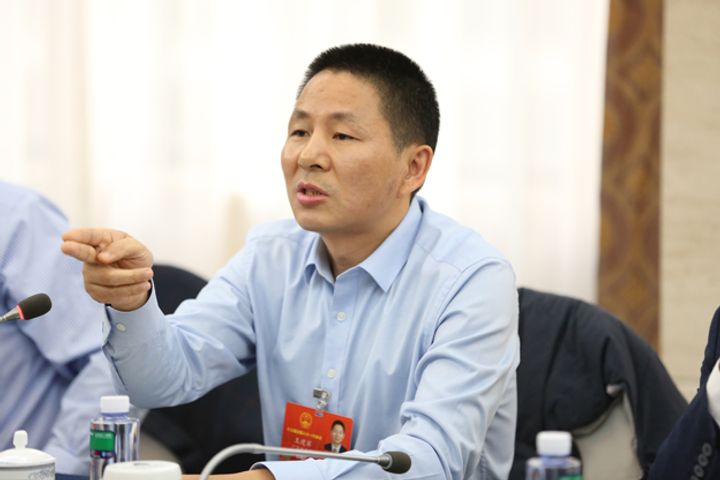 (Yicai Global) March 9 -- The general manager of Shenzhen Stock Exchange has called for fraud related to stock issuance to be punishable by life imprisonment in order to serve as a better deterrent against such behavior.

Wang Jianjun, who is also a member of China's National People's Congress, led a proposal at this year's Two Sessions meetings in Beijing to amend the current laws for fraudulent issuance to adjust jail terms so they are unspecified, as well as increase fines.

China Securities Regulatory Commission vowed late last year to strengthen regulation and scrutiny of the IPO process after a Chinese firm Dandong Xintai Electric Co. was forced to de-list from Shenzhen Stock Market due to issuance fraud, marking a first in China. However such illegal behavior is yet to be eradicated in China, Wang said in an interview with Shanghai Securities News, adding that the institutional cost associated with the crime is too low.

The CSRC's efforts have resulted in better inspections and enforcement of the law, Wang said, with the number of cases brought to trial and punishments reaching new highs. However, he questions the nature of current laws dealing with such behavior.

IPO fraud falls under Crimes of Impairment to the Order of Company and Business Administration according to Chinese law, with maximum jail time of five years and a maximum fine of five percent of total funds raised illegally. The scope, low sentence and relatively low financial penalty do not suit the crime at present, Wang indicated.

In another motion, Wang also called for the elimination of obstacles for A-share listings of companies with weighted voting rights.