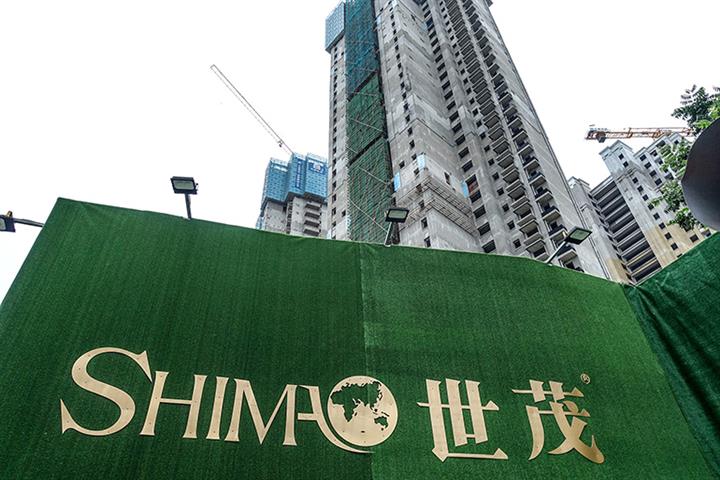 (Yicai Global) Dec. 15 -- Shares in Shanghai Property Holdings Group lost more ground today after the Chinese developer’s Shanghai subsidiary said it has been ordered by regulators to terminate the sale of 110 second-hand houses in the city’s central Lujiazui financial zone.

Shimao’s share price [HKG:0813] was trading down 4.59 percent at HKD5.41 (USD0.70) as of 2:30 p.m. China time today. Earlier in the day it had tumbled 8 percent to HKD5.22. The stock has lost 36 percent of its value in the last five trading days as the group has been buffeted by rumors about the state of its finances. Several of its bonds have also fallen sharply.

In October, Shanghai Shimao sold 110 pre-owned houses in a residential community in downtown Lujiazui at a price much lower than those around it. The sale attracted a lot of buyers. Some buyers said the houses were already mortgaged, which might be why regulators stepped in.

Mortgaging is normal fundraising to revitalize fixed assets and does not affect property trades, Shimao said at the time.

“The sales suspension is too complex to explain,” said a company insider. “In a word, it is based on our need for introspection. The buyers will be fully refunded,” he added.

Just yesterday Shimao closed almost 20 percent lower after a deal by two of the developer’s subsidiaries added to concerns that it is facing a cash crunch. Shanghai Shimao plans to sell all its property management assets to Shimao Services to develop a more specialized operation, it said.

The Hong Kong-based group has consistently dismissed concerns about its liquidity as mere rumors, but it has repeatedly resorted to financing measures such as issuing new shares and offering up its headquarters building as collateral to repay its debts.

And more clouds are gathering. Shimao is in danger of defaulting on a medium term note of CNY30 million (USD4.7 million) due on Dec. 17, the 21st Century Business Herald reported yesterday, citing persons familiar with the matter.