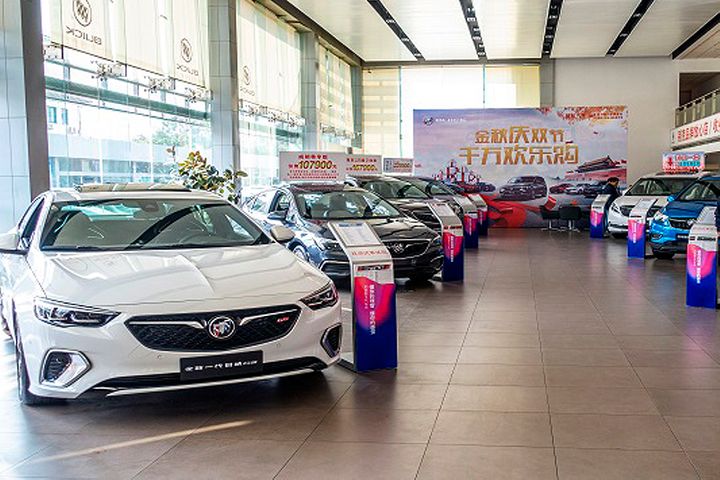 (Yicai Global) Feb. 25 -- Many luxury automakers in China are unable to resume production during the novel coronavirus outbreak due to a shortage of spare parts as key suppliers remain shut. As car dealers slash prices to shift stock, this could lead to a scarcity of premium car models once the epidemic passes.

Luxury marques are expected to fare better than the rest, though, Cui said. Sales of high-end vehicles will fall this month, but should stay about 15 percentage points above the industry average, he added. Shortages are expected once the virus recedes due to the slowdown in manufacturing.

The epidemic has led to a dearth of car parts. Hubei province, the disease's epicenter, is home to many parts suppliers for international brands including London-based Delphi Auto Parts, Paris-based Valeo and Michigan-based Visteon. Many of these factories have yet to reopen for business.

"It's hard doing business during the epidemic," a BMW sales consultant surnamed Li told Yicai Global. Store owners are in a hurry to sell cars because of the huge overheads they must bear. Customers, however, are staying at home.

So dealerships are offering substantial rebates. A BMW dealer in Beijing is giving discounts of up to CNY200,000 (USD28,456). High-end Audi and Lexus models are also on sale.

"It's better to buy a car now as they're even cheaper than during the peak sales season over Chinese New Year," Li said.

"Last year, we raised our price, but now we have lowered it," a Lexus sales manager said. "Of course, this has to do with the epidemic."

The main problem facing China's luxury vehicle market is lack of demand, according to Lang Xuehong, deputy secretary-general of the China Automobile Dealers Association. There won't be a shortage of supply until consumption has recovered.

It's too early to tell how the epidemic will impact on full-year sales as it depends how long it lasts, Lang added.