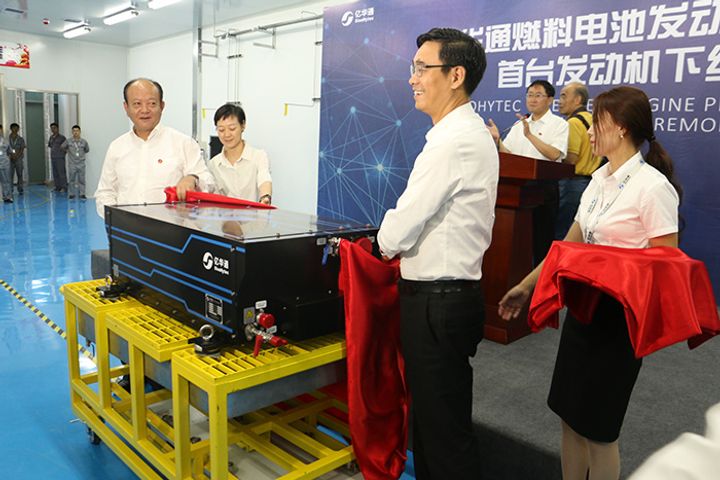 Founded in 2004, SinoHytec was the first Chinese firm to develop hydrogen fuel cell engines, the report said. It has showcased new energy buses at world-class events including the Beijing Olympic Games and the Shanghai World Expo. SinoHytec independently develops engines and relevant systems, and operates the country's first hydrogen refueling stations for cars.

SinoHytec chose to put its production hub in Zhangjiakou because the city boasts unique resource advantages and is home to the country's first wind-to-hydrogen project, said Song Haiying, the group's deputy general manager. Zhangjiakou is also a key new energy base in China and was approved by the State Council as a renewable energy demonstration zone.

Hydrogen fuel cells will be commercialized in the coming years, said Ouyang Minggao, deputy director of the Academic Committee of Tsinghua University. The number of fuel cell electric vehicles will increase from hundreds to thousands in China, Ouyang said.

Zhangjiakou and Beijing will host the Winter Olympics in 2022 and by then, SinoHytec will build a comprehensive system for using hydrogen as a fuel in Zhangjiakou and construct an expressway with hydrogen refueling stations for cars between the two cities, the report said.