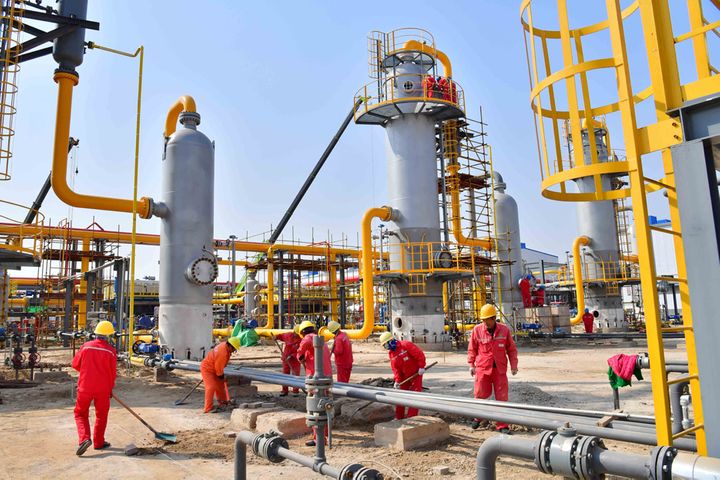 (Yicai Global) Aug. 2 -- China Petrochemical, also known as Sinopec, has started operating the most powerful natural gas storage in Central and eastern China after more than two years of construction and an investment of nearly USD14 billion (USD2 billion) to stabilize supply.

The underground storage in Henan province can reserve 8.4 billion cubic meters of gas and supply up to 30 million cbm per day on full capacity, The Paper reported today. The facility, which unloads its storage when supply is short and increases it when demand is weak, will feed into the northeastern ports of Tianjin and Qingdao as well as domestic pipelines.

The Beijing-based firm began the construction in May 2017, with an investment of CNY13.8 billion. The facility was designed to hold 10.4 billion cbms of gas and have a working storage capacity of 4.5 billion cbms.

China consumed 149.3 billion cbms of natural gas in the first half of this year, up 10.8 percent from the previous year, the National Development and Reform Commission announced last month.