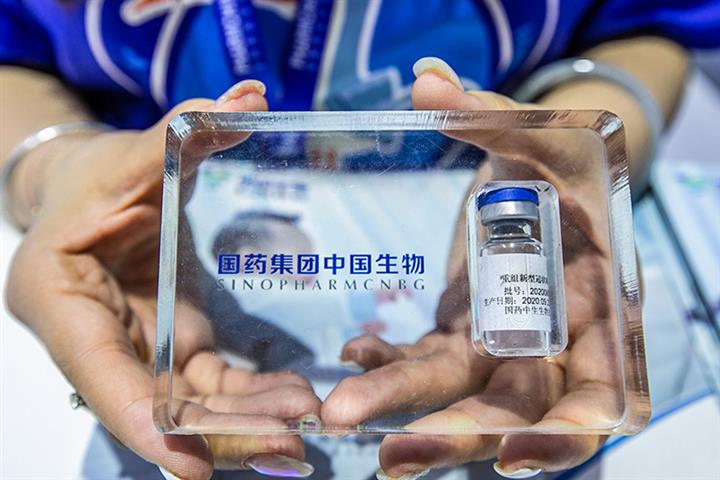 (Yicai Global) May 27 -- Both coronavirus vaccines developed by a unit of China’s Sinopharm prevented symptomatic infections by more than 70 percent, according to late-stage trial findings published in a US medical journal.

The efficacy of the inactivated shots from China National Biotec Group was 72.8 percent and 78.1 percent, the study published yesterday in the Journal of the American Medical Association showed.

The paper was based on clinical trials involving 40,382 volunteers, split into three groups, who received at least one dose each of the two-dose vaccine developed by the Beijing Institute or the Wuhan Institute and an aluminum hydroxide-only control, with a primary end point of the incidence of symptomatic Covid-19 at least 14 days after the second injection.

Adverse reactions seven days after each injection occurred in 41.7 percent to 46.5 percent of participants in the three groups; serious adverse events were rare and similar in all groups