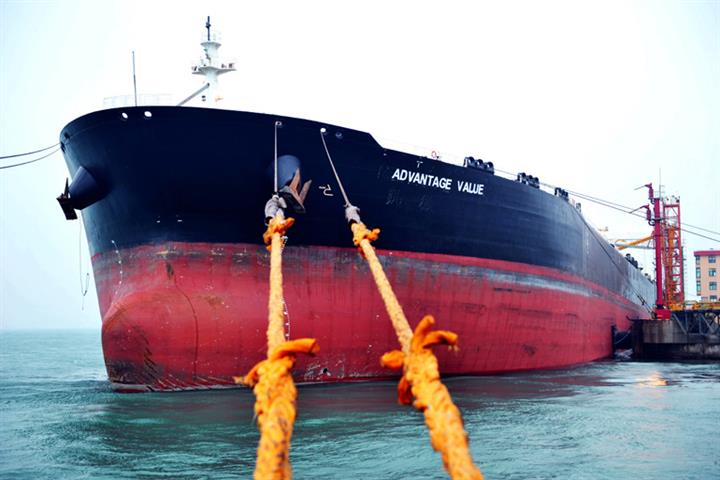 A VLCC’s crude oil load is generally more than 300,000 tons, equal to about 2 million barrels, while the capacity of Aframax tankers is about 100,000 tons.

Global daily oil demand fell by 2.5 million barrels in the quarter because of the coronavirus outbreak, while the failure of the major oil-producing countries to reach an agreement early last month torpedoed oil prices and expanded the long-term premium price of crude oil. Thus, the market demand for oil storage swelled and tanker freight rates rose sharply and stayed high in the first three months, COSCO Shipping Energy said in its report.

The average daily income of a VLCC in the Middle East to the Far East route jumped to about USD74,869 in the first quarter, up over one and a half times from USD27,948 in the same period last year, according to COSCO Shipping Energy.

China Merchants Energy Shipping’s shares [SHA:601872] closed down 4.1 percent at CNY6.79 (97 US cents) at noon, while COSCO Shipping Energy Transportation [SHA:600026] ended down 0.7 percent at CNY8.55, likely because the market foresees little probability of an encore performance in the second quarter since the world’s oil tank is now full, and insipid demand going forward holds forth scant hope of it draining any time soon, the more so as China's crude oil imports grew 5 percent to 130 million metric tons in the quarter.