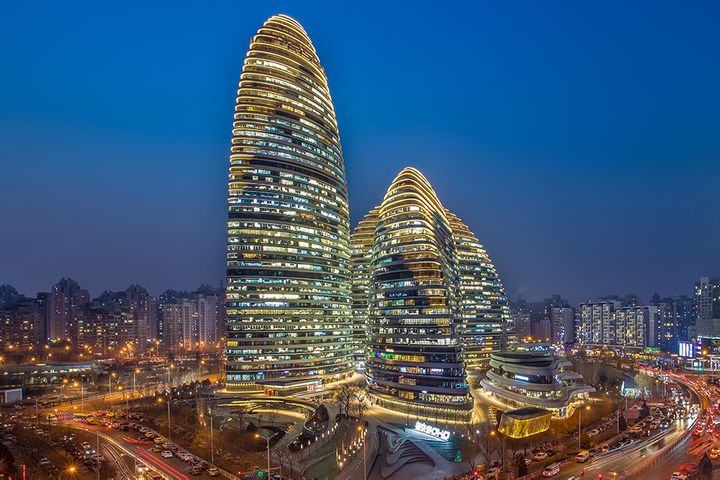 (Yicai Global) Oct. 31 -- Soho China said it has no information to release about asset sales for now after Bloomberg News reported yesterday that the developer is considering to sell most of its commercial buildings for USD8 billion.

Soho China will review the commercial property market, the firm's main business, and explore potential trading opportunities in it from time to time in its day-to-day operations and management of its realty investment portfolio, the Beijing-based company said today. It declined to comment yesterday.

At least eight office towers in Beijing and Shanghai are under discussion as part of the proposed divestment, Bloomberg cited people familiar with the matter as saying. The potential selloff drove the firm's shares [HKG:0410] almost 18 percent higher yesterday. Today, they fell 0.7 percent to HKD2.68 (34 US cents) each.

Soho China began selling its domestic assets in 2014 and has realized around CNY29.3 billion (USD4.16 billion) from these sales over the past five years. The company has not had any new projects since then.