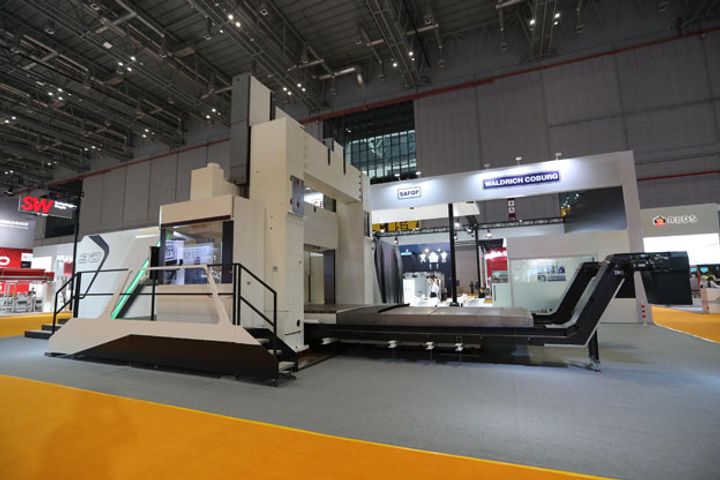 (Yicai Global) Nov. 9 -- The largest and heaviest product that was being displayed at the ongoing import fair in Shanghai has found a new owner.

Waldrich Coburg sold its more than 200-ton milling gantry called Taurus to a private company from Jiangsu province, state-backed The Paper reported Falk Heckner, the general manager of sales and marketing, as saying at the China International Import Expo. The firm kept the name of the buyer secret, following the Chinese firm's request.

Selling the 20-meter long Taurus is the biggest achievement for Waldrich Coburg at the fair, said Liu Zhongbai, the general manager of the Bavarian firm's Beijing office. The company has been content with all the support from logistics partners to get the machine to China, he added. Waldrich Coburg has already signed up for the second CIIE next year.

The German firm can only make one Taurus in a time span from one to two months, and the price is between EUR4 million (USD4.5 million) to EUR5 million. Customized ones can cost up to EUR10 million.

China has become the second-largest market after Europe for Taurus, and target customers are mainly heavy industrial enterprises, said Yan Yuanpei, an assistant to the general manager of the third business unit of China National Machine Tool.

The CIIE will run until tomorrow at the National Convention & Exhibition Center in Shanghai.