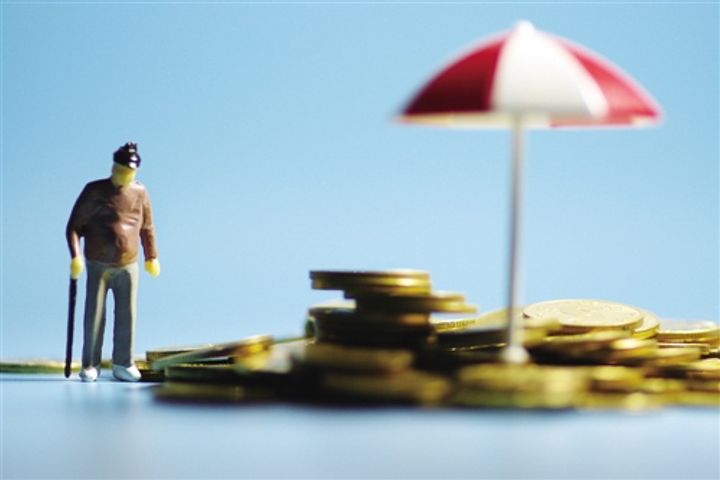 Some Regions of China Experience Pension Fund Issue as Payment Ability Drops to Less than One Year, Says Report From Ministry

(Yicai Global) Dec. 11 -- The accumulated deficit of pension fund in northeast China's Heilongjiang province had reached CNY23.2 billion (USD3.5 billion) at the end of last year, and pensions can only be paid up to one year in 13 regions, The Beijing News reported, citing data from the ministry of human resources and social security. The latest figures point to an increasing pension fund pressure in China as the number of the aged people is on increase.

The annual report on China's social insurance development in 2016, released by the ministry, shows the southern Guangdong province had the largest accumulated pension balance of CNY725.8 billion, which can be paid for 55.7 months at the end of 2016, followed by Beijing with CNY352.4 billion. However, the payable number of months in 13 provinces, regions and municipalities such as Guangxi, Jiangxi, Hainan, Inner Mongolia, Hubei, Shaanxi, Tianjin, Hebei, Liaoning, Jilin, Qinghai, Heilongjiang and Xinjiang Production and Construction Corps (XPCC) that has administrative authority over several medium-sized cities in Xinjiang Uygur Autonomous Region were less than a year.

The increase of expenditure is mainly attributed to the acceleration of aging in Chinese society, the report said. The dependency ratio of enterprise employees' pension – the ratio between the number of insured employees to the number of pensioners, has dropped to 2.8 in 2016 from 3.16 in 2011, it showed.

The dependency ratio in nine statistical regions, namely, Hubei, Gansu, Sichuan, Liaoning, Inner Mongolia, XPCC, Jilin and Heilongjiang, has dropped below 2 while that in Heilongjiang was the lowest at 1.3.

The ministry of human resources and social security is accelerating the research to promote national pooling on pension insurance which will kick off next year with the implementation of the central regulation system for basic old-age insurance funds, the report added.