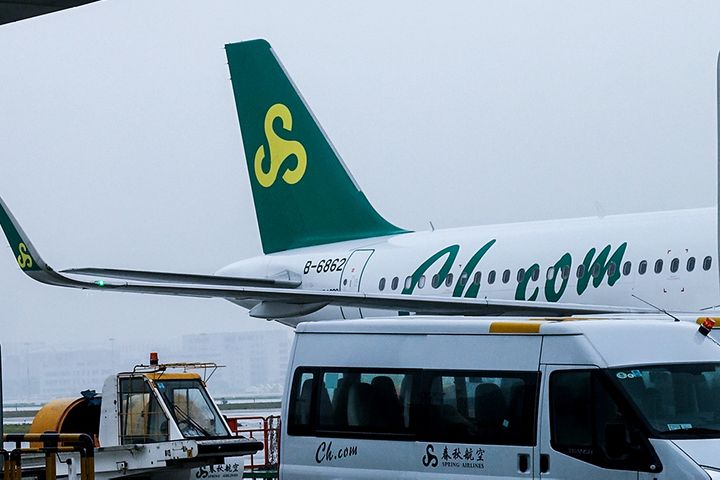 (Yicai Global) Aug. 30 -- Spring Airlines' profit climbed 17.5 percent in the first half from a year earlier as the budget Chinese carrier cut costs, defying a spate of lower earnings across the domestic aviation sector.

Excellent cost control is the main reason why the airline's profit grew faster than revenue, PingAn Securities said in a research report today.

By comparison, other domestic carriers' profit dropped on average by a quarter in the first half compared with the same period last year, Yicai Global learned at the 2019 National Civil Aviation Mid-Year Work Conference held last month. The whole civil aviation industry saw a 2 percent decline in profits in the January to June period.

The sector has struggled in the face of rising fuel prices, greater exchange rate fluctuations, a decreasing proportion of business travelers and competition from high-speed trains, Civil Aviation Administration of China Director Feng Zhenglin said at the conference.

Spring Airlines remained buoyant with a 13 percent rise in first-half passenger numbers to 10.8 million. Its planes had an average passenger load of 92 percent, a rise of 2.4 percentage points. The average load for international carriers was 90 percent, up 4.9 percentage points.