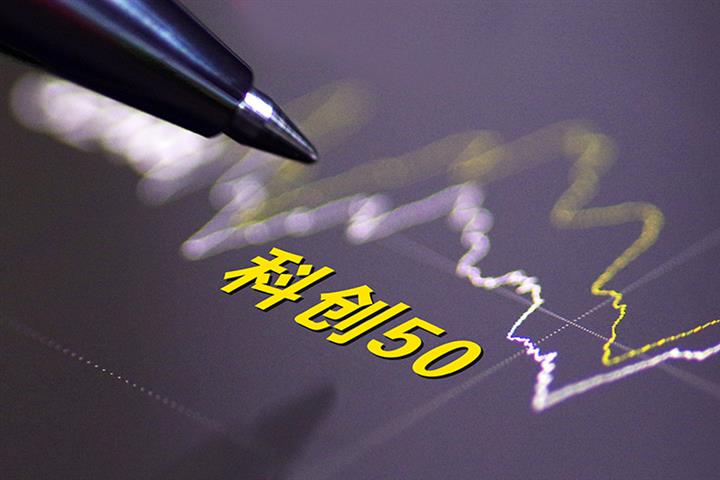 (Yicai Global) July 23 -- Shanghai’s Star Market, a science and technology innovation board that marked its first anniversary yesterday, has outperformed the Nasdaq so far this year, notching up more than double the gains of the almost five-decade-old US board.

The Star 50 index, the new board’s first benchmark that went live today, closed at 1494.14 points. That’s an almost 50 percent increase from its 1,000-point base on Dec. 31. The Nasdaq Composite Index added just over 19 percent between the end of last year and yesterday.

The Star Market, which is already Asia’s biggest at CNY2.79 trillion (USD398.4 billion), is “where the rising star companies cluster,” according to its website.

This streamlined board has more lenient listing procedures and can approve applications in as little as three months, compared with years on other Chinese mainland markets. It also does away with limits on the pricing of initial public offerings and first-day trading gains, and listed stocks can rise and fall by 20 percent a day, as against 10 percent of the main board.

The Shanghai Stock Exchange released historical data for the Star 50, which tracks stocks listed on the new board, after the market closed yesterday and officially launched real-time data today.

The index tracks the 50 largest stocks by market capitalization and most liquidity. It ranks their securities by the daily average total market cap over the past year in descending order and selects the top 50 as its constituents. The index is readjusted and reweighted each quarter.

The stocks are mainly in strategic emerging industries, including new-generation information technology, biomedicine, and high-end equipment. The relative issue prices of seven stocks have jumped more than three times, the exchange said earlier.

They are also highly representative, accounting for about 61 percent of the total market cap as of the end of May. They represent sci-tech innovation firms, with an average research and development expenditure of 13 percent of revenues.

Since its first trading day on July 22 last year, the Star Market has helped 140 high-tech firms raise a total of CNY217.9 billion.