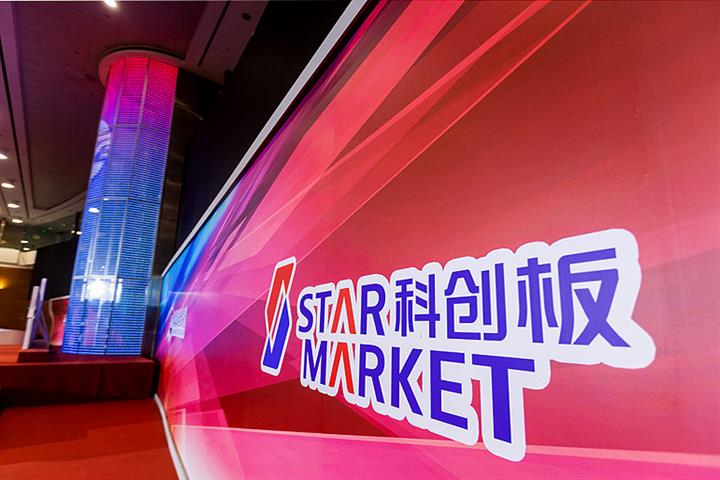 Half of the companies reported lower income, while another half saw it rise. A fifth of firms posted over 50 percent gain in net profit though nearly half posted declines. Twenty-one businesses were in the red.

The Nasdaq-style board opened for trading in Shanghai last July, with the aim of making it easier for China’s high-tech startups -- the Alibaba’s and ByteDance’s of tomorrow -- to secure funding at home rather than listing in New York or Hong Kong.

For the year ended Dec. 31, combined net profit at Star Market companies soared 25 percent to CNY17.8 billion on a 14 percent gain in operating income to CNY147.1 billion. The figures were in line with market expectation.

Seventy percent of the companies notched up double-digit growth in both income and net profit. They averaged a gross margin of 54 percent and a net profit rate of 22 percent, showing stronger market competitiveness.

Players in new infrastructure industries, represented by a new generation of IT, artificial intelligence, cloud computing and other firms, showed relatively strong growth momentum, with a 15 percent gain in operating income and 42 percent increase in net profit.

Their R&D expenditure totaled CNY11.7 billion last year, up 23 percent from 2018, and equivalent to 12 percent of their operating income on average. Outlays have brought more scientific and technical innovations. Star Market businesses added more than 2,500 patents last year, including over 1,100 invention patents.

Eighty-eight firms listed on the board have proposed plans for annual cash dividends, averaging a payout ratio of 36 percent, with 84 percent of them expected to pay over 30 percent of annual net income to shareholders. These dividends will total CNY7 billion, with 12 firms making returns of CNY100 million (USD14.2 million) each.