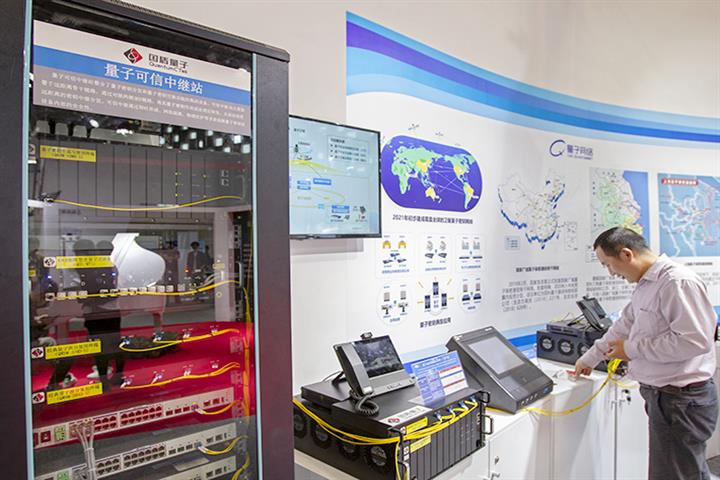 (Yicai Global) July 9 -- QuantumCTek, a developer of quantum communications products, notched up China’s biggest ever first-day trading gain by surging as much as 1,000 percent in its Shanghai market debut.

The previous record holder was Tinavi Medical Technologies, a Beijing-based medical devices maker, which shot up 614 percent in its Star Market debut just two days ago.

QuantumCTek’s stellar market entry comes amid a bull run. The CSI 300 index of Shanghai and Shenzhen-traded shares, a key gauge of mainland equities, climbed almost 7.7 percent last month and had climbed almost 14.7 percent this month as of yesterday.

Net profit at Hefei-based QuantumCTek slid 32 percent to CNY49.3 million (USD7.06 million) last year from 2018, after dipping 2.5 percent that year to CNY72.5 million. It had a net loss of CNY8.8 million in the first quarter of this year on a 5.5 percent decline in operating revenue from a year earlier to CNY1.5 million.