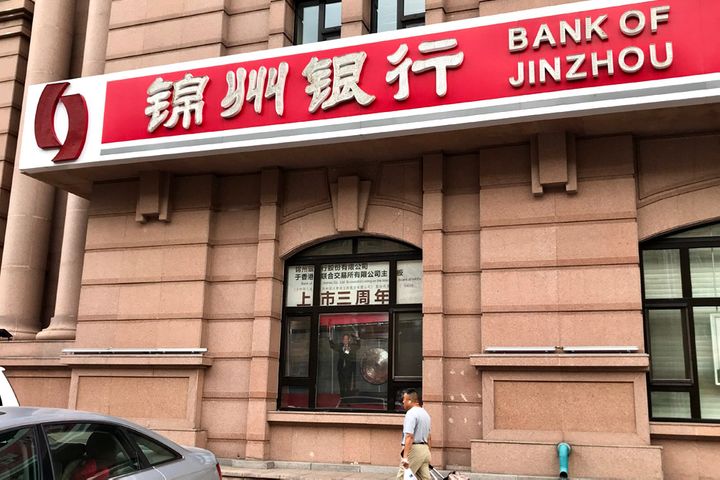 (Yicai Global) Sept. 30 -- Troubled Bank of Jinzhou plans to issue up to 6.2 billion new domestic shares to bolster its core capital, improve competitiveness, reduce risk and support business development as it struggles to deal with a high level of bad loans.

The bank's performance has declined markedly in the last year due to a surge in impairment losses and recent tighter regulations on the classifying of nonperforming loans. In the first half, revenue was down 40 percent from a year earlier to CNY13.5 billion (USD1.9 billion) and the firm registered losses of CNY870 million, more than double the year before.

As of the end of June, its core Tier 1 capital ratio, a key measure of a bank's financial strength, was 5.1 percent, more than 3 percentage points lower than the regulatory threshold. It had a NPL ratio of 6.9 percent and its loan-loss provision ratio, a key indicator of its ability to withstand future losses, stood at 105.8 percent, also below par.

The issuance of up to 6.2 billion new domestic shares at a value of CNY1 (USD0.14) per share will give the Jinzhou, Liaoning province-based bank a much-needed cash injection. The exact number of shares to be issued is still subject to approval by the regulatory authorities, the bank said in a statement yesterday.

As a result, the proportion of the Bank of Jinzhou's domestic shares will increase to 74.8 percent from 54.8 percent and those listed on the Hong Kong stock exchange will drop to 25.2 percent from 45.2 percent.

The stake owned by ICBC Financial Asset Investment, the wealth management arm of the Industrial and Commercial Bank of China and the largest non-public holder of domestic shares in the Bank of Jinzhou, will fall from 10.8 percent to 6 percent.

The State Council's Financial Stability and Development Committee proposed in a meeting on Sept. 27 to speed up the implementation of a long-term mechanism for the capital replenishment of commercial banks. The mechanism will support small and medium-sized banks to replenish capital, integrate capital replenishment with improving corporate governance and internal management and effectively guide these banks to serve and support local private and small- and medium-sized firms.