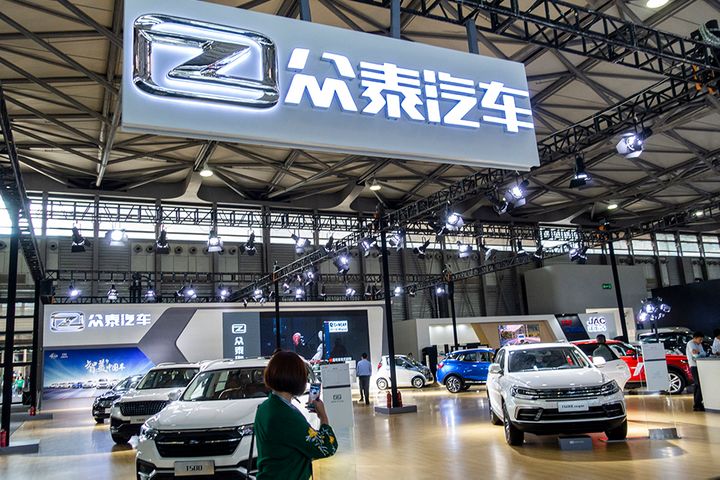 Struggling Chinese Auto Maker Zotye Shrugs Off Freezing of 2.4% of Its Shares

(Yicai Global) Oct. 16 -- Various Chinese courts have frozen a portion of the shares of Tech-New Group in Zotye Automobile because of a contract dispute, but this will not affect the Yongkang, Zhejiang province-based carmaker's business in the short term, it announced yesterday.

Tech-New Group is the company's largest shareholder, holding a 38.8 percent stake with 786.3 million shares. Of these, 48.7 million, or 2.4 percent of all outstanding stocks, are subject to attachment, per the announcement, which gave no further details as to the contract dispute.

Tech-New Group, which is also headquartered in Yongkang, has pledged 647.8 million of its Zotye shares, or 82 percent, but these are at no risk of forced sale for now, and the same is true for the frozen shares, Zotye stated, so this situation will not lead to a change in the actual controller, it stressed.

The carmaker's sales have been trending downward under the influence of the continuing downturn in China's auto market. The company moved 63,800 units in the first half, per its earnings report for the period, in a 44.5 slide from the year before, and its earnings were CNY5 billion (USD704 million), down 50.8 percent on the year before. It logged net losses of CNY290 million as against net profits of CNY305 in the same period last year.

Zotye's declining performance has induced a business crisis, 21st Century Business Herald reported, and the company has become embroiled in many lawsuits over sales and purchase contracts since the start of the year. One supplier, Shenzhen-based power battery maker BAK Power, is suing for past-due payments in excess of CNY656 million.