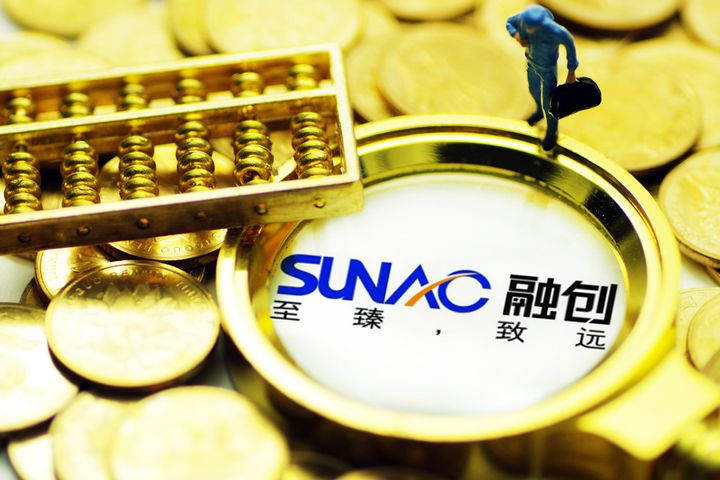 The Hong Kong listed real estate developer has been on a buying spree of late. Its CNY15 billion investment in the money-strapped LeEco in January was followed by acquisitions of many Wanda cultural tourism and hotel projects that cost a whopping CNY63.2 billion earlier this month. Its aggressive business expansion has sparked alert among some financial institutions and investors.

The company's financial statements show that it still has a solid cash flow, but the fact that Wanda has lent money to Sunac to acquire its hotels indicates that the massive acquisitions have brought considerable pressure on Sunac.

"The biggest pressure now comes from regulators," noted a source at Sunac following the announcement of the partnership between Wanda and Sunac. "If your company is heavily leveraged, they'll limit the amount of lending you can get. Wang Jianlin has already felt the pressure, and we fear that Sun Hongbin might be the next," he said.

China Construction Bank, one of the 'Big Four' state-owned banks in China, has shelved a product that it previously approved to be sold by Sunac on consignment, and more recently canceled a CNY1.5 billion loan for a Sunac trust project, Jiemian.com reported today. Furthermore, some reports suggested earlier that China Banking Regulatory Commission (CBRC) has issued a notice calling on commercial banks to closely scrutinize debts raised abroad by Wanda and Fosun.

Panic selling was eventually triggered by downgrades of Sunac's credit ratings by two of the 'Big Three rating agencies', Standard & Poor's and Fitch, as well as by LeEco's worsening cash crisis. Also affected were Fosun and its affiliates. Fosun Pharmaceutical slumped by more than 6 percent on the A-share market, and other listed companies in the Fosun group also suffered losses of 2 to 4 percent.

The Shanghai-based conglomerate Fosun announced today that it had successfully raised CNY2 billion (USD296 million) through an offering of short-term financing bills. The news boosted investor confidence, and the company's share price bottomed out after midday break, currently at a 4.01 percent loss.

It is worth noting that the National Development and Reform Commission said at a press conference today it would continue to monitor unreasonable outbound investments targeting foreign real estate, hotel, cinema, entertainment and sports club businesses to prevent risks associated with overseas investment projects. The commission warned relevant companies against imprudent decision-making.