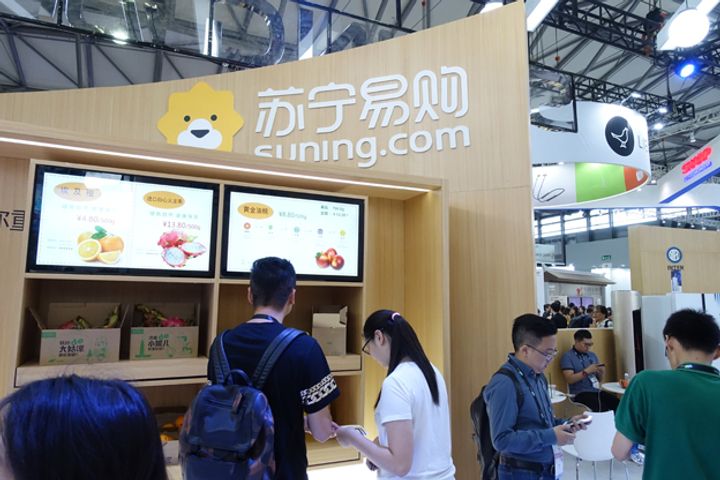 Both parties signed a cooperation deal in December 2017 that Zhang said was aimed at building an offline retail outlet at Wanda's commercial plazas. Last January, Suning said it planned to spend CNY9.5 billion (USD1.4 billion), or the equivalent in Hong Kong dollars, to take a 3.91 percent stake in Dalian Wanda Commercial Management Group, an investor and operator of commercial properties under Wanda Group.

Alibaba Group Holding, China's biggest e-commerce company, has been here before. It acquired the Intime Department Store chain in early 2017 as part of Jack Ma's so-called New Retail strategy. Ma coined the term in 2016 to describe "the integration of online, offline, logistics and data across a single value chain."

Suning has been devoting itself to doing business online and offline, covering rural and urban areas, to meet consumer demand. As of Sept. 30, it had 6,292 self-run stores in China with 382 million registered members. During the 818 shopping festival on Aug. 18 last year, monthly active users on its app jumped over 62 percent from a year earlier, and mobile orders accounted for nearly 94 percent of the online total.

Founded in 2007, Wanda Department Stores was once Wanda's main business, boasting 110 stores in China in its heyday. After 2015, the unit began cutting back amid slower profit growth. Its stores are mostly in downtown areas of ​​first- and second-tier cities, and it more than four million members.