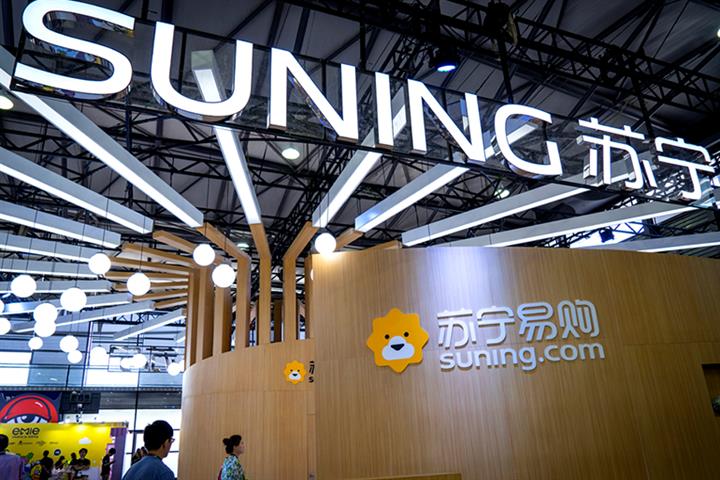 (Yicai Global) June 15 -- Shares of Suning.Com tumbled after the Chinese retailer said that its third-biggest shareholder is expected to sell up to 383.5 million shares in the next six months after another forced sale due to equity pledging.

Suning Appliance Group told Suning.Com that it may need to sell up to 4.1 percent of the listed company's shares outstanding in half a year, the Nanjing-based store operator said in a statement today.

Offloading has already started. On June 11, Suning Appliance had to get rid of 10 million shares after its equity pledging agreements triggered a forced sale.

The electronics retailer has been having financial challenges this year. A court in Beijing froze 27.7 percent of the shares held by founder Zhang Jindong, or 5.8 percent of the retailer's total, the company said in another statement today, without disclosing why the equity was immobilized.

The non-state-owned firm has been turning to government-backed entities for support this year. Zhang and persons acting in concert were planning to transfer a 23 percent stake to Shenzhen International Holdings and Shenzhen Kunpeng Equity Investment Management, two firms controlled by a state fund, for CNY14.8 billion (USD2.3 billion), the firm said in a statement in late February. But it didn't reveal whether the deal was executed.

Suning Appliance had a 14 percent stake in Suning.Com with its 1.3 billion shares as of June 14. Only founder Zhang and e-commerce giant Alibaba Group Holding's Taobao China Software have larger holdings than it does.