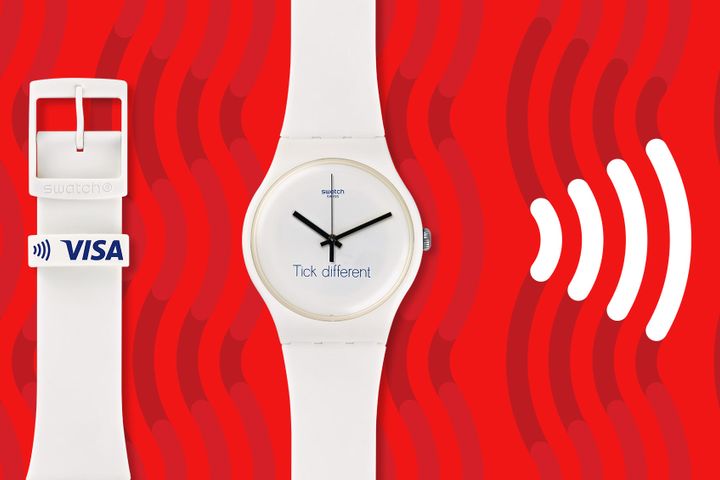 The product will go on sale in Swatch stores in 28 Chinese cities from July 27, the Switzerland-based company said.

When users pay with current generation smart watches, such as Apple Inc.'s [NASDAQ:AAPL] iWatch, they must unlock their smartphone and open the e-wallet app before making payments. Swatch Pay! allows users to pay by the wrist without the need to unlock their phone.

The mobile payment function does not require a battery, meaning users can use the function any time.

WeChat Pay, Alipay and Apple Pay dominate the mobile payment market at present but competition is becoming more intense with the arrival of new entrants such as Chinese electronics giants Huawei and Xiaomi.

The market has also attracted luxury watch brands, including TAG Heuer SA and Montblanc International GmbH, which have released smart watches based on Google's Android operating system in the past 12 months. However, Android is subject to regulatory restrictions in China, making it difficult for foreign brands to sell smart watches in the country.

The new product features UnionPay's QuickPass solution, which enables shoppers to pay for their purchases simply by swiping the watch near a point-of-sale terminal with the QuickPass symbol. Swatch Pay! is suitable for merchants, banks, bankcard issuers and users.

"We hope that this product can act as a service and means of support for cardholders and merchants, rather than a relatively closed system," Zhang Bu, vice president of the Credit Card Center at the Bank of China, said in an interview with CBN Weekly.

The rise of mobile payments has mounted pressure on China's commercial banks. The total volume of mobile payment transactions in the country soared 382 percent from CNY12.2 trillion (USD206 billion) in 2015 to CNY58.8 trillion at the end of last year.

"Mobile payment has outpaced all other payment services, and we can clearly see it's destined to become a mainstream payment method in China," said Zhou Yuedong, vice president of the Credit Card Center at the Industrial and Commercial Bank of China.

However, Swatch's mobile payment services do have limitations. For example, the product is only available only in Swatch stores in 28 cities, and consumers cannot buy it online.

Consumers also need to scan a QR code, download an app and activate the payment function in-store, which takes three to four minutes. This makes Swatch Pay! less suitable to be a gift for others. Only 11 banks have signed up to the service so far.

Swatch Group inked an agreement with China UnionPay on smart watch payment as early as Oct. 2015. Before Swatch Pay!, the company developed a prototype version that only supported debit card payment. The products met a lukewarm reception from consumers as they did not support credit cards and payment activation was very complicated.