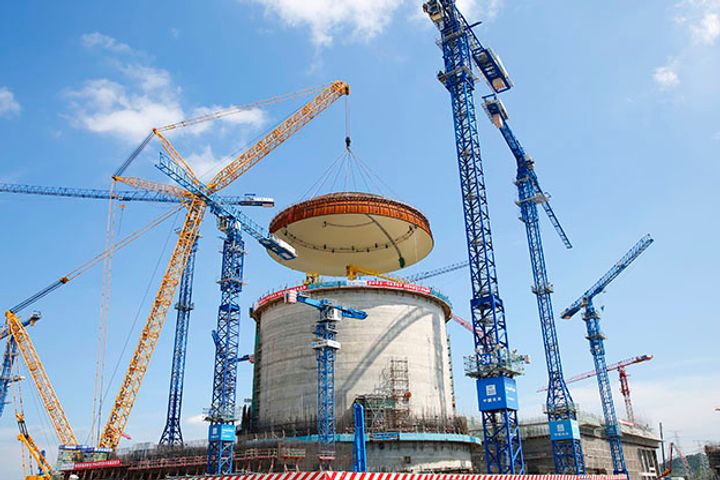 China General Nuclear Power, which owns the majority of the power station, accepted the delivery on July 20, the supplier said in a statement the same day. Fangchenggang, based in Guangxi Autonomous Region near the Vietnam border, serves as a demonstration plant for the United Kingdom's Bradwell B nuclear power station.

Once the third and fourth reactors at Fangchenggang are both operational, expected to be in 2022, the plant is set to generate 16.5 billion kilowatt-hours a year, the statement added. The dome was installed on the third reactor's containment building in May.

Taihai Manoir also supplied Hualong One pipelines to China National Nuclear for the world's first Hualong One reactor, the fifth unit at Fuqing nuclear plant in Fujian province, and the first overseas installation at the Karachi power station's second reactor in Pakistan.

China National Nuclear and China General Nuclear Power designed Hualong One and own all related patents.