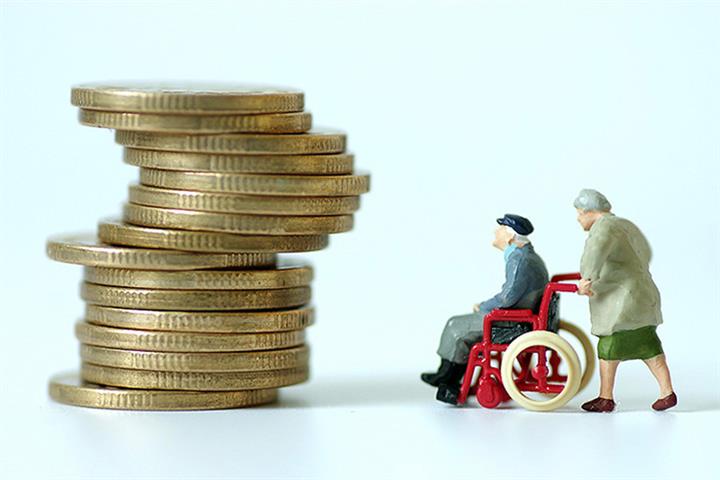 (Yicai Global) Dec. 2 -- Four Chinese insurers, including state-owned giants Taiping General Insurance and China Life Insurance, have been given the greenlight to start offering private pensions on a trial basis as part of China’s efforts to broaden the pension scheme and provide better financial support to its rapidly aging population.

People’s Insurance Company of China and Guomin Pension, set up earlier this year by 17 stakeholders including the country's six big banks, are the other two, the China Banking and Insurance Regulatory Commission said yesterday.

The one-year private pension pilot will be rolled out across 10 provincial-level regions, including Beijing and Shanghai, the regulator said. The other locations are Shandong, Jiangsu, Zhejiang, Fujian and Guangdong provinces along the eastern coast, central Henan province as well as western Sichuan and Shaanxi provinces.

China is promoting the development of private pensions to form the ‘third pillar’ of the nation’s pension system, along with the basic state pension and the voluntary employee pension.

The four insurers will provide flexible private pensions that meet individuals’ diverse needs for their old age such as stable investments, risk protection and retirement funds, the CBIRC said. They will provide services such as pension account management, retirement planning, capital management and risk management for people who voluntarily sign up.

“The insurance firm will first open an account for you to analyze your pension needs, income level and risk appetite,” the head of the department handling pensions at the CBIRC told Yicai Global. “There are two sub-accounts under the main account. One is locked, while the other account, called a sustained account, allows a certain amount of flexibility.”

The locked account can only be accessed when the account holder reaches a certain age. While funds can be withdrawn from the sustained account for long-term investment and personal spending.

People can pay part of their monthly pension premiums into the locked account and some into the sustained account depending on the proportion agreed with the insurance firm, he added.