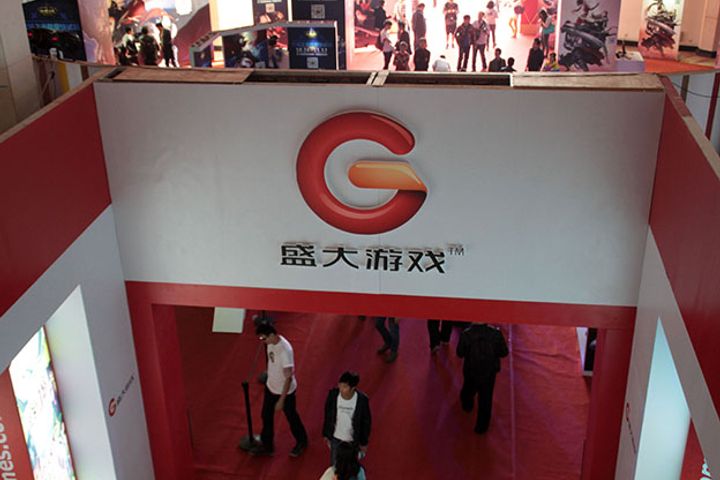 On the face of it, this may seem to be the case. However, while Tencent has developed a number of best-selling games, it needs a lot more high-quality games to establish itself as the largest gaming platform operator in China, and firms with strong research and development capabilities such as Shanda are suitable targets for strategic acquisitions.

Games have become Tencent's main profit growth driver. The company's earnings soared to CNY65.21 billion in the third quarter, up by 61 percent on the year, while profit reached CNY17.07 billion, a 45 percent annual rise. Online games revenues rose to CNY26.844 billion, an increase of 48 percent on the year and 13 percent on the quarter, primarily driven by strong sales of three popular games -- Glory of Kings, Dungeon & Fighter and League of Legends.

The Shenzhen-based tech firm has grown into China's number one game publisher in recent years, leveraging its unrivaled social media platforms, WeChat and QQ. A large number of gaming products have benefitted from its unique distribution network. On the flip side, the firm has somewhat lags behind in terms of game development in comparison to its performance in the publishing market, especially considering NetEase's renewed onslaught in recent months.

Beijing-based NetEase's user numbers have exceeded 200 million with the recent release of multiplayer battle royale game KnivesOut, prompting Tencent to step up the development of its own version Playerunknown's Battlegrounds.

The success stories of new-generation games such as Love and Producer and Travel Frog have convinced Tencent that it cannot retain the number one position forever relying on its in-house team alone unless it manages to elicit the support of leading game developers and content producers looking to take advantage of its extensive publishing network.

Shanda Games is one of China's earliest game developers and was once the largest in the country. Even after the rise of Tencent and NetEase, it has remained a major player in the gaming industry thanks to its powerful research and development team and the series of Legend games developed over the years. The first Legend game was introduced in China over 10 years ago, while the two latest additions, The Legend of Mir 2 and The World Of Legend, generated monthly revenues as high as CNY700 million after Tencent obtained distribution rights in 2015. The two product's combined monthly revenue stands at over CNY100 million today. Shanda is looking to expand into the movie and entertainment market on the back of the success of its game products.

After the tie-up, Shanda will collaborate with Tencent as a partner, rather than an affiliate. After all, for Shanda, the most important aspect is to revive its image as one of the country's leading developers. It also plans to revamp its publishing system as part of the development of a gaming industry chain.

Shanda Games is actively preparing for an initial public offering on the A-share market. Tencent has taken a 10 percent stake in the firm through the CNY3 billion strategic investment, meaning that the company is worth at least CNY30 billion, a source told Yicai Global. Considering its net profit of about CNY2 billion last year and the 30x or so price-earnings ratio of A-share listed game developers, the company's market cap could reach CNY60 billion post-IPO. Tencent's backing will hand a boost to Shanda's development, which is another important reason behind the tech giant's decision to buy into its former rival.