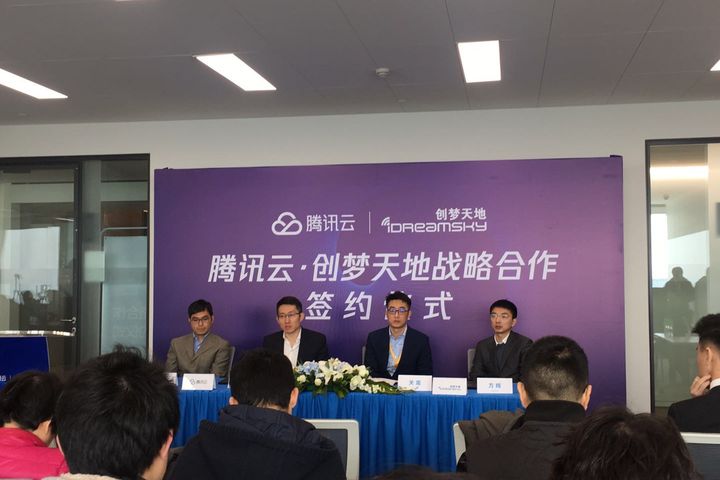 The deal, which the two Shenzhen-based companies signed yesterday, will allow iDreamSky to produce a stable, fast and publicly available systems platform, its Chief Technical Officer Guan Song said at the signing ceremony. Developers will then be able to focus more on game creation, he added.

iDreamSky, which has over 100 million active users and localized top Western mobile games Fruit Ninja, Temple Run 2 and Subway Surfers, also reached out to Tencent rival Alibaba Group Holding Co., but settled on the new partner as it is stronger in the gaming sector and based in the same city.

Tencent is also a big backer in the gaming firm with a roughly 30-percent stake. It was a core member of the group that privatized iDreamSky in 2016, and had earlier poured USD15 million into a private placement concurrent to the company's Nasdaq listing in 2014.

Despite its power in the gaming sector, Tencent pales in comparison with Alibaba in cloud computing. The Hangzhou-based e-commerce stalwart commands a 48-percent share of the Chinese market while Tencent occupies less than 10 percent, according to November data from International Data Corp.