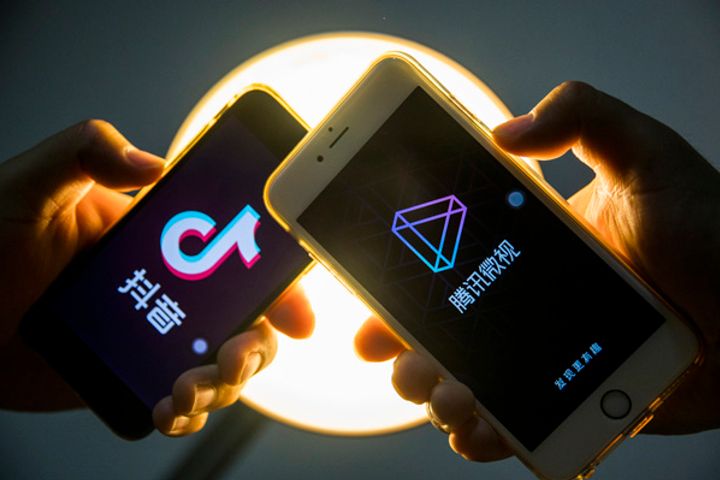 (Yicai Global) May 18 -- Tencent Holdings Ltd. claims to be poised for victory in the CNY1-million (USD157,000) defamation lawsuit brought against it by short-video app Douyin's operator Beijing Bytedance Technology Co., the third clash between the two firms in just a year.

Any institution or individual can file a complaint with Tencent, and the firm will respond to problems as soon as possible, according to Zhang Jun, chief public relations officer for the Shenzhen-based defendant. In this case, Tencent is confident that it operated without error, he added.

In a suit accepted yesterday by a Beijing court, Bytedance claimed Shenzhen-based Tencent allowed netizens to post false information that infringed upon Douyin's rights. The firm demanded cash compensation, an apology, and registration information for the account behind the post in question.

A public WeChat account, Fast Mini-Class, had posted an online article slating Douyin for wasting children's time and hosting videos showing children placed in dangerous situations in the name of humor, . Douyin claims the videos included the article bore watermarks for the Beijing Times and streaming service Miaopai. Fast Mini-Class has already taken down the article, titled 'Douyin, leave the kids alone,' but it can still be found online.

The suit follows a public online spat between the firms' chief executives, Tencent's Pony Ma and Bytedance's Zhang Yiming. The two squared up on WeChat after Zhang used his feed to boast about Douyin, known as Tik Tok outside China, besting Facebook and WeChat as the most-downloaded iPhone app in the first quarter. He continued to accuse WeChat of trying to block Douyin and plagiarizing its content, a move that spurred a blunt response from Ma: "[This] can be understood as libel."

WeChat had earlier announced that it would cease to offer in-app video playback, forcing users to copy and paste links into their browser to watch them. The change followed an official crackdown on social media and live-streaming sites hosting undesirable content.

The companies had earlier clashed in the middle of last year, with Tencent looking to sue Bytedance over copyright violations committed by the country's largest news aggregator, Toutiao. The defendant proceeded to countersue Tencent's news app Tian Tian Kuai Bao but wound up on the losing the case in July.