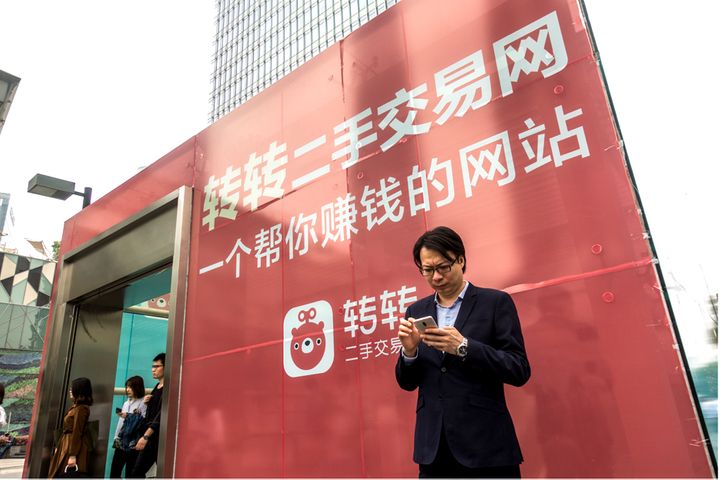 (Yicai Global) Sept. 11 -- Tencent Holdings has increased its investment in Zhuanzhuan, a second-hand goods marketplace under Chinese classifieds platform 58.Com, which has secured about USD300 million in its B round of funding.

58.Com will remain as Zhuanzhuan's majority shareholder, the Beijing-headquartered parent said in a statement on its website today, without disclosing the shareholder ratio.

The Shenzhen-based tech giant invested USD200 million in Zhuanzhuan's Series A round in April 2017. The platform, which has electronics, books, and household goods, was established in November 2015.

The completed financing shows the market has great confidence in Zhuanzhuan's business model and the field of second-hand retail, Chief Executive Huang Wei said in an open letter posted on the firm's website today. The platform has hiked its operational efficiency and quality control this year, Huang added.