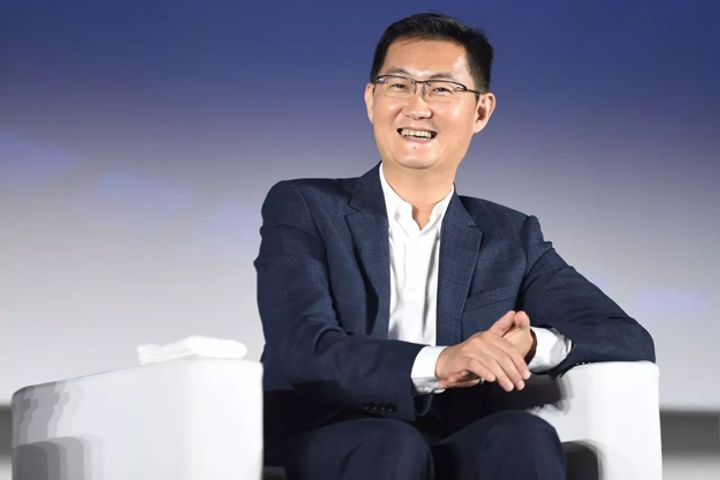 (Yicai Global) March 1 -- Ma Huateng,  more often referred to as Pony Ma, founder of China's internet giant Tencent Holdings Ltd., has become the wealthiest Chinese person in the world, the latest Hurun Global Rich List showed. Ma is the 13th person to claim this title since the release of the annual rich list. The family of Wang Jianlin, a property developer and the world's richest Chinese person last year, dropped to the eighth place.

Ranking first in the Greater China region, Tencent's founder Ma, 47, became the wealthiest Chinese person in the world with CNY295 billion (USD46.4 billion). He came in 15th globally, up 23 places from last year.

Ma's rising affluence is mainly because Tencent's stock price increased 114.4 percent last year and its market cap exceeded USD500 billion. Tencent has also been actively investing outside China. A number of companies in which it has invested have gone public overseas, prompting an increase in Ma's wealth.

With a fortune of CNY185 billion, the family of He Xiangjian, founder of home appliance giant Midea Group Co., came in seventh in Greater China and 34th in the world, up 73 places from last year. Among the top 10 richest persons in Greater China, He is also the only billionaire focusing on the manufacturing sector.

Some 2,694 billionaires from 2,157 companies in 68 countries were on the Hurun Global Rich List 2018, hitting a record high. The total wealth of billionaires on the list increased 31 percent annually to CNY66 trillion, equivalent to 13.2 percent of global gross domestic product.

The technology industry remains the main source of wealth for billionaires in the world. The real estate sector has overtaken manufacturing as the second biggest source, while investment comes in the fourth place. Billionaires from these four industries accounted for 41 percent of those on the list, with their wealth making up 44 percent of the total.