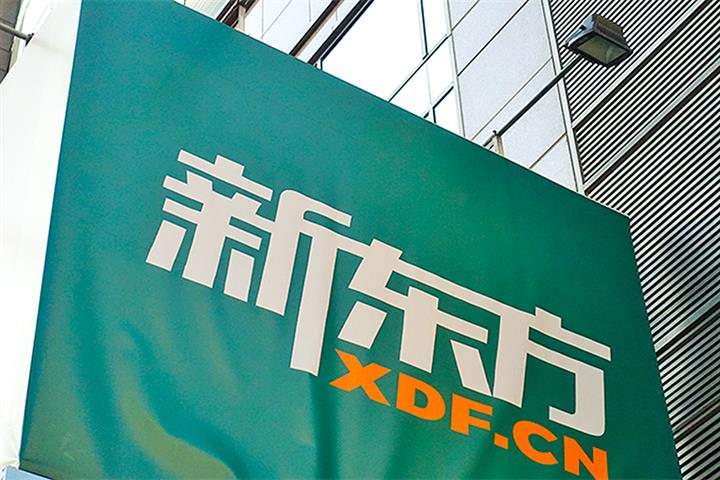 (Yicai Global) June 21 -- Tencent Holdings has made a killing from the soaring share price of online education provider Koolearn Technology Holding, which found a new lease of life earlier this month after combining English lessons with livestreamed e-commerce, and in which the Chinese internet behemoth is the second largest stakeholder.

Tencent slashed its holdings in Koolearn to 1.58 percent from 9.04 percent on June 15 and June 16, according to data from the Hong Kong Stock Exchange. The timing coincided with a peak in the e-educator’s share price, which surged to its highest level since October 2020 on June 16 at HKD33.15 (USD4.22) apiece, a nearly 10-fold gain since the beginning of the month.

“Tencent has the Midas touch!” a member of a private equity company told Yicai Global.

The internet giant sold at a premium of as much as seven times, raking in HKD720 million (USD91.7 million) from the sale of 74.6 million shares over the two days. The Shenzhen-based firm bought the stock in 2016 in a private placement at a price of HKD4.50 apiece.

But Koolearn and its parent firm New Oriental Education & Technology Group bounced back strongly this month when they found a new niche in English-language learning with livestreamed e-commerce.

The sales host on Koolearn’s new livestreaming room on TikTok’s Chinese version, Douyin, gave 135,000 viewers English lessons while at the same time flogging CNY301,000 (USD44,670) worth of books, smart software and learning devices on June 10, two days after it opened.

And the same formula on its farm produce live sales studio Oriental Select, set up at the end of last year, also had good results the same day, shifting CNY15.3 million (USD2.2 million) worth of commodities to an audience of 108,000 people.

The new mix is proving very popular and profitable, market insiders told Yicai Global. Many securities firms upgraded the company’s stock rating to ‘buy’ and vendors have flocked to Oriental Select, meaning it is fully booked until October, one insider said.