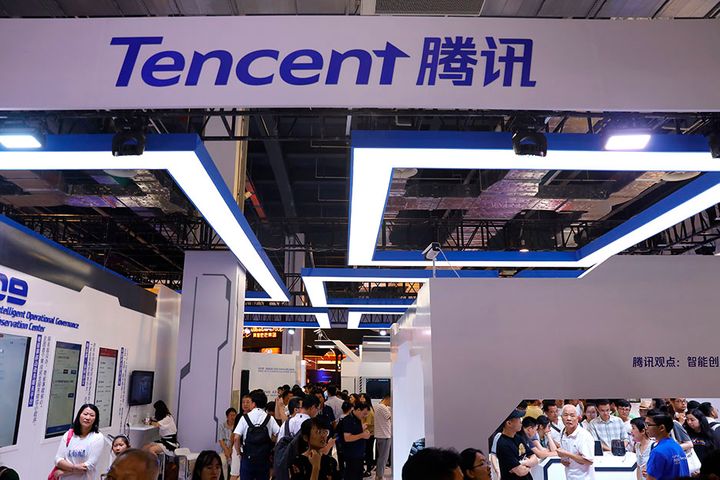 (Yicai Global) Oct. 29 -- Tencent Holdings' internet services unit Shenzhen Tencent Computer System has run afoul of China's industry and information technology ministry, which slammed it with a fine and entered it onto a list of bad operators for unlicensed business dealings, exceeding its scope of business, failure to cooperate with oversight and inspections, and violations of the real name system, the ministry announced today on its official website.

The regulator also imposed fines on 20 other internet services firms, which it likewise added to its rogues roster in the third quarter.

The watchdog did not detail Tencent Computer System's transgressions, but this is not its first brush with officialdom. Authorities also fined the company for violations and bad operations on April 23, but without offering details at the time.

"The Ministry of Industry and Information Technology of the People's Republic of China was established in 2008 as a department under the State Council responsible for the administration of China's industrial branches and information industry," according to its official website.