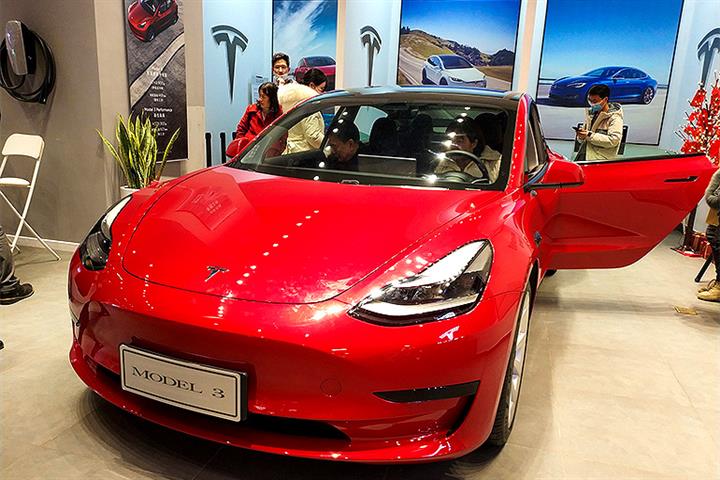 (Yicai Global) Nov. 4 -- Tesla has scrapped a zero down payment option for Chinese buyers that the electric carmaker introduced just three days ago. A company staffer was reported as saying its demise was due to a sudden surge in orders that led to longer vehicle delivery times.

The US automaker has replaced the zero down payment option in a financial leasing scheme started on Nov. 1 with a new minimum deposit requirement of 10 percent, according to an update on Tesla China’s website today. It has not yet commented on the change.

According to financial news outlet Caijing, a customer service representative in Tesla’s financial leasing section said they had received notice of the change today.

Under Tesla's leasing program, buyers choose how much to pay up front for a vehicle and how long to rent it from one to five years. They then make monthly payments and take ownership once the lease period expires.

Based on the regular loan schemes of Tesla’s financial partners buyers would pay a total of CNY279,285 at 8 percent if they decided to pay 15 percent up front for a five-year lease.

China is Tesla’s largest market outside of the United States. Tesla China’s sales have been rising, driven by a price-cutting strategy. Tesla China sold 52,153 cars in September, up 360 percent from a year ago, and more than 200,000 in the first nine months of the year, according to data from the China Passenger Car Association.