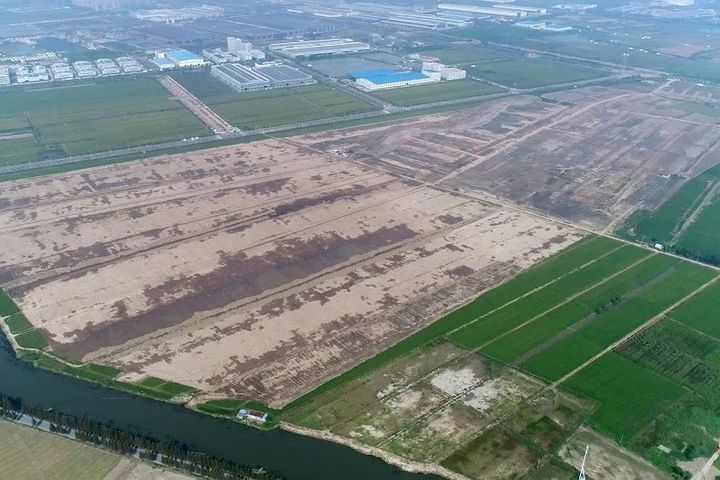 (Yicai Global) Oct. 18 -- US electric carmaker Tesla has secured a nearly one-kilometer plot of land in Shanghai for its first overseas production base at the knockdown price of CNY973 million (USD141 million).

The amount is less than half the average paid for industrial land in Shanghai as of June, according to data from the Ministry of Natural Resources.

Tesla has penned an agreement for almost 865,000 square meters in Lingang with the Shanghai Municipal Bureau of Planning and Land Resources Administration, Pudong district's official land transactions website shows. Lingang, also called Nanhui New City, is a development area located near Pudong International Airport that is scheduled for completion in 2020.

In July, California-based Tesla signed an investment deal with the Shanghai Lingang Area Development Administration and state-owned industrial park investor Shanghai Lingang Economic Development. It has taken a little over three months to find a suitable location in the area for the company's Gigafactory 3.

Founded by Chief Executive Elon Musk in 2003, Tesla has one assembly plant in Fremont, California.

When Musk met with Shanghai Mayor Ying Yong on July 10, the mayor said Shanghai welcomes Tesla's move to set up shop in the Chinese city, adding that the local authorities will lend full support.

Tesla has said it will take about two years for the plant to start production. Another two to three years will be needed to reach planned output capacity of 500,000 vehicles a year. When the first cars come off the assembly line they will help it meet production targets and avoid import duties, buoying its appeal with well-heeled Chinese consumers.