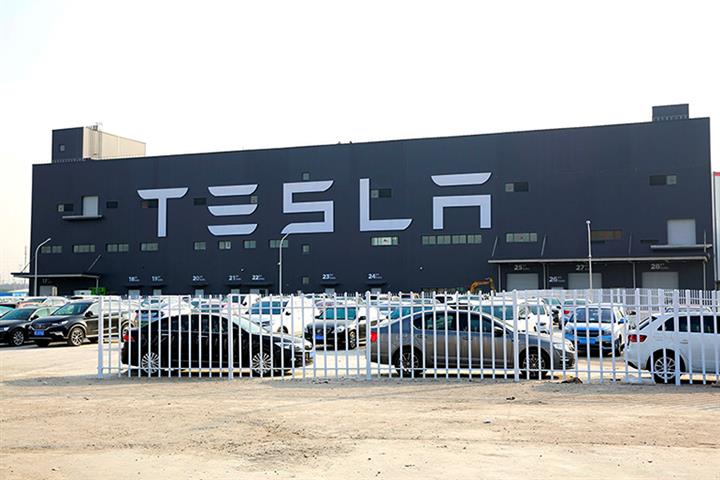 (Yicai Global) Aug. 14 -- US electric car giant Tesla, which adopts a direct-selling mode only in China, has defended the refusal of its delivery contractor to deliver a Tesla Model 3 to a customer who bought the car through Chinese e-retailing sensation Pinduoduo, online news outlet The Paper reported today, citing Tesla China.

Tesla China only sells new vehicles through its official website, and not through any third-party platform or dealer, Tesla's Shanghai-based unit said. Tesla China reserves the right to pursue legal action against the relevant parties and will not assume any liability should the consumer enter into any disputes over their rights, it added.

The brouhaha can be traced back to a substantial discount on the Model 3 for group buyers offered by autoseller Yiauto through the e-retailing platform Pinduoduo from July 21. Xiamen-based Yiauto was offering 10,000 buyers the upgraded 2019 version of Tesla China’s rear-wheel drive Model 3 with standard mileage at a price of CNY251,800 (USD36,232), undercutting Tesla by almost CNY20,000.

The vehicles on offer were the brand-new Tesla car and the subsidies were also genuine, The Paper reported, citing a Pinduoduo insider.

However, Tesla said at the time that it had nothing to do with the promotion and had not signed any agreements with Pinduoduo or Yiauto.

Since then, a consumer who bought his vehicle through the Yiauto site has been refused delivery of his vehicle, the man said on social media today.

Such group-buying is unauthorized and the consumer should demand a refund from the merchant to which he paid for the car, Tesla said. The order was not placed in the buyer’s name and as such constituted supplying false information to the company, Tesla added.

Yiauto, run by Xiamen Yiche Shidai Information Technology, operates as a car-selling chain with both online and offline outlets.