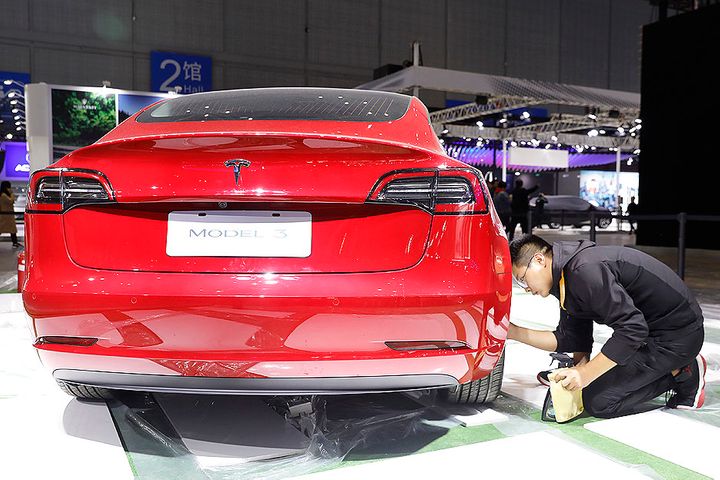 (Yicai Global) March 9 -- Tesla has confirmed its ternary battery solution for the long-range version of its China-made Model 3 car, and will not completely abandon cobalt batteries as many had feared.

The locally made extended-range Model 3 will still use a lithium-ion battery, according to a filing released by China's Ministry of Industry and Information Technology. The new-energy vehicle will have a 668 kilometer range, four kilometers longer than the imported version.

Cobalt-related stocks slumped last month after reports, which Tesla later confirmed, that the electric carmaker was in talks with Chinese battery manufacturer CATL to use lithium iron phosphate batteries that are "free of cobalt" in the Shanghai-made Model 3s.

The cell-to-pack solution cannot improve the battery's energy density further without other materials, so many long-range Model 3s will still use ternary batteries, the 21st Century Business Herald cited a person close to Tesla as saying.

LG Electronics and Panasonic sell lithium-ion batteries cheaper than Contemporary Amperex, or CATL, a source close to the Chinese battery maker added, saying the company may need to increase capacity to lower marginal costs to partner up with Tesla. The carmaker's standard battery life Model 3s currently use a nickel-manganese-cobalt battery made by LG in Nanjing.