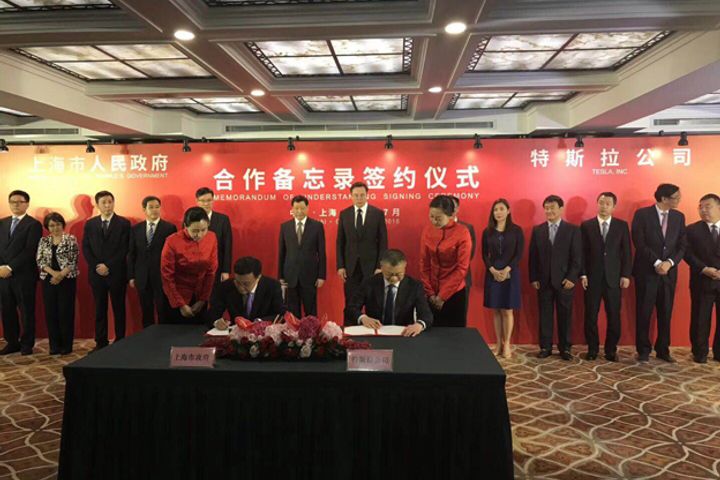 Tesla will solely invest in and erect the Tesla Gigafactory 3 in Lingang Area, which will feature a mix of such functions as research and development, production and marketing, and have a planned annual output of 500,000 vehicles.

Ying said Shanghai welcomes Tesla's move in settling its full industry chain of the R&D, manufacturing and marketing of BEVs in Shanghai. The Shanghai authorities will lend full support to the construction of Tesla's lithium-ion battery Gigafactory 3, and work to create a sound environment for all enterprises operating in Shanghai -- including Tesla -- and deliver better services.

Musk noted that Tesla will construct the first gigafactory outside of the US, the most advanced electric vehicle facility, in Shanghai, which he hopes to build into a paradigm for sustainable development.