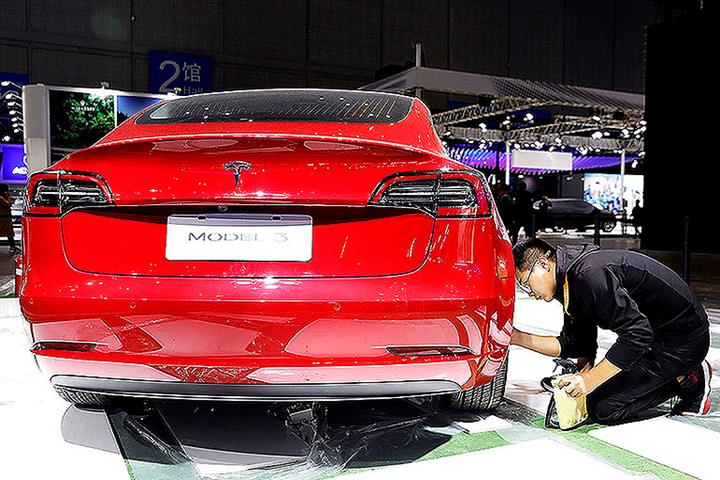 (Yicai Global) May 31 -- Tesla is recalling a small number of its Model 3 vehicles that were imported into China, its second-biggest market, because of a potential issue with the fitting of brake caliper bolts, a company source told Yicai Global. None of Tesla’s China-made cars are affected by the recall.

The electric automaker e-mailed owners in the United States on May 29 to notify them it was recalling some Model 3s produced between December 2018 and March 2021, and some Model Ys made between January 2020 and January 2021. The number of vehicles called in has not been announced yet.

The Tesla insider said the move was not related to brake problems reported in April, but was an assembly issue involving brake caliper bolts. They could loosen over time and, in extreme cases, cause unusual noise and tire pressure loss. Tesla has not received any reports of collision or injury cases due to screw problems, the person said.

In February, the US National Highway Traffic Safety Administration issued a recall notice for 13,500 Model S and Model V vehicles. Due to the Embedded Multimedia Card failure, the Central Control screen could not be used normally. Meanwhile, the German Association of the Automotive Industry said Tesla had to recall about 12,300 Model X vehicles globally due to a molding defect.

During the Shanghai Auto Show in April, two Tesla car owners staged a protest over alleged brake failures. One climbed atop a display vehicle, shouting “the brakes are broken.” The incident triggered concern among Chinese consumers, as other supposed brakes failures mostly involving Model 3s were reported in China. Tesla has denied that there was any problem with the vehicles’ brakes.

Tesla sold 25,845 cars in China in April, compared with the 35,478 in March. Tesla’s sales are always lower at the start of each quarter than at the end, so it is not clear whether alleged brake failures were a factor in the decline, Cui Dongshu, secretary-general of the China Passenger Car Association, told Yicai Global earlier this month.