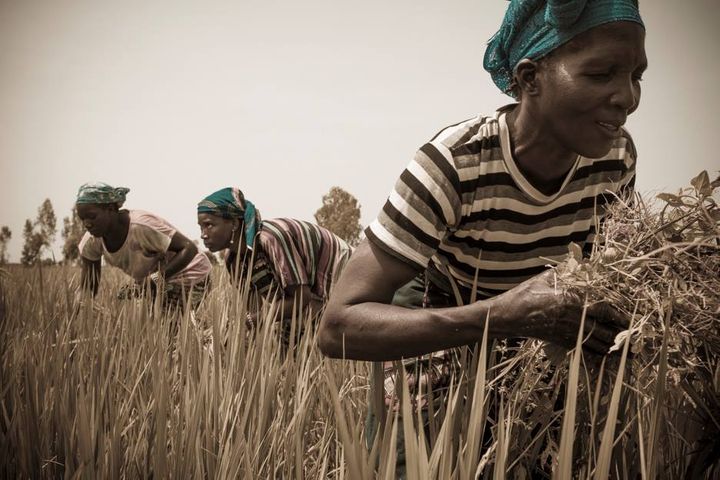 With strong roots in Morocco and West Africa,the Swiss group ÉléphantVerthas become the largestindustrial bio-input hub on the continent. Now the firm has its sightsset on the European market.

(Yicai Global) Dec. 4 -- Committing to reduce greenhouse gas (GHG) emissions means committing to limit the use of nitrogen fertilisers in agriculture. The reason? These fertilisers heavily increase levels of GHG emissions from soil, and therefore contribute to climate change. Among them, there is one that is rarely mentioned: nitrous oxide (N2O). According to the Intergovernmental Panel on Climate Change (IPCC), N2O is the third major green house gas released into the atmosphere. It has a global warming potential 300 times higher than carbon dioxide (CO2). And it results from agricultural activities – from biomass combustion and chemical products such as nitric acid.

To add to the complexity of the issue, nitrous oxide–which represents over 70 percent of global GHG emissions from agriculture – stays in the atmosphere for around 120 years. A growing number of players in the agricultural sector are therefore turning to alternative solutions such as organic inputs in order to reduce the use of nitrogen fertilisers. One of them is the Swiss group ÉléphantVert, created by the Antenna Technologies Foundation, for which business is flourishing. The group has found its niche market in the production of fertilisers, bio-stimulants and bio-pesticides that are both organic and profitable, and derived from natural microorganisms.

ÉléphantVert officially started in Morocco, where its first subsidiary opened seven years ago, and has since developed into the largest industrial bio-input hub in Africa. Its first major industrial investments were made in this country, with the opening of two factories; one specialised in the production of bio-pesticides, microorganisms and bio-stimulants; and the other dedicated to bio-fertilisers, designed for processing and recycling agricultural by-products.

In order to promote and ensure wider access to ÉléphantVert's agricultural methods, the group opened its Clinique des plantes (CDP), a teaching centre in Meknès, in 2014. Through the CDP, ÉléphantVert has trained thousands of Moroccan farmers, either on behalf of the company'sclients, or through missions to support public agricultural organisations. Recently, the CDP acquiredan analysis and quality control laboratory, which has been accredited by the Moroccan Ministry of Agriculture.

Through the diversification of its businesses, ÉléphantVert has developed an approach that embraces every stage of the agricultural chain. "We have the capacity to carry out soil and environmental analysis, come up with tailor-made sustainable fertilisation programs, facilitate crop establishment based on organic fertilisation and of course,support the farmer along the whole production cycle through fertigation[a fertilization technique using irrigation] and biological pest control," said Anouar Alasri, executive director of ÉléphantVert's Moroccan subsidiary.

The group has consolidated its position on the African continent through the opening of four subsidiaries in West Africa. They are located in Mali, a country that has opted to subsidise bio-fertilizers and bio-pesticides; in Senegal, where the subsidiary has been growing commercially for the past two years; in Ivory Coast, through the acquisition of a local company that makes bio-fertilisers; and in Kenya, via the company Kenya Biologics Limited, which specialises in bio-control. Potential openings in other countries are under examination. Having reached cruising speed in terms of expansion in Africa, ÉléphantVert is now looking to shore up its presence in Europe through the acquisition of innovative small and medium enterprises, such as Or BrunandXurian Environnement in France.

"European expansion will help strengthen the African subsidiaries, since our intermeshed territorial networkwill ensure a unique complementarity in expertise, with regard to research and development as much as in terms of producing products that are adapted to the contexts of each country," Alasri said. This promising cross-cultural approachis driven by the urgent need for a change inagricultural practices.

ÉléphantVert has also established ties with research institutions, notably the French National Institute for Agricultural Research (INRA). The institute has just launched a new research programme to examine nitrogen and carbon dynamicsin Moroccan soils, following the successful application of organic soil enrichers (compost and other fertilisers made from organic waste). The study is primarily concerned with GHGs, notably CO2, N2O and methane.

"The focus is on soil, which is the basis of agriculture, and the fertility of which is a huge cause of concern. If we still manage to produce, even with the intensification of agriculture, it's because we're still overexploiting the soil in a non-sustainable way," said Khalid Azim, specialist in organic agriculture and composting and researcher of the INRA in Agadir. As an example, in Europe, soil that has less than three percent organic matter is considered a low-fertility soil. Yet the level recorded by the Moroccan researchers is close to just 0.4 percent organic matter. As demand from those who work in the organic sectoris constantly increasing, now is the time to concentrate efforts on innovation to improve soil quality.