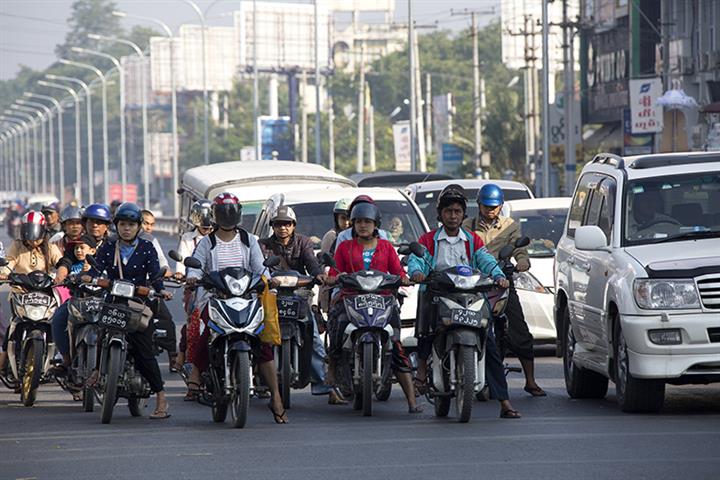 The Rise of Southeast Asia as World’s Manufacturing Hub: Myanmar

(Yicai Global) Nov. 22 -- Myanmar, the biggest country by area in the Indo-China Peninsula, is attracting foreign investment thanks to its large workforce, cheap labor costs, abundant natural resources and strategic geographic location. Despite some setbacks in recent years, the Southeast Asian country still has huge potential for growth.

As part of a wider study on how major economies in Southeast Asia, including Vietnam, Cambodia, Thailand and Myanmar, are becoming key links in international supply chains, the Yicai Research Institute takes a closer look at the economic and trade relationships between Myanmar and China and the factors behind the shift in industrial chains.

The pandemic and political turmoil have taken their toll on the Myanmar economy in the past two years. But business confidence is on the rise as the domestic situation stabilizes and Covid-19 flare-ups come under control.

Although Myanmar boasts a huge railway network, it is in poor condition. However, spurred by the opportunities offered by China’s Belt and Road Initiative, railway transport has improved recently.

Some 2,000 tons of cargo are cleared each day through the border post between Myanmar and China’s southwestern Yunnan province since an expedited customs clearance mechanism was introduced on April 1.

However, since the beginning of the year, Myanmar’s power supply has been erratic due to damaged power lines and big hikes in the price of natural gas. This has led to wide-spread power cuts, making it difficult for factories to operate.

There is no data available for Myanmar’s credit supply, indicating that the country’s finances are heavily restricted and the banking system is close to paralyzed.

The manufacturing sector has attracted foreign investment, mainly in automobiles and textiles. Compared with Vietnam, the labor-intensive industries undertaken by Myanmar are mainly concentrated in the middle and low-end manufacturing field.

Garments are one of Myanmar’s main industries. There were 606 textile mills in the country as of August 2020, half of which were backed by South Korean or Chinese capital.

However, in the past year, nearly 150 clothing factories have shut down, putting about 200,000 workers out of work. Of these, 28 burned down and 50 closed permanently.

A number of global apparel brands, such as Sweden’s H&M, the UK’s NEXT and Holland’s C&A, all pulled their businesses out of the country in March last year and shifted to other nations, in particular Vietnam.

Myanmar’s car manufacturing mainly focuses on vehicle assembly using semi-finished kits. A number of auto firms set up plants in Myanmar after 2018 when the country banned the import of secondhand and right-hand-drive vehicles.

However, a large number of car companies have moved away since 2021. Japan’s Suzuki Motor terminated the operations of its two auto assembly plants in the country on July 1. While Japan’s Toyota Motor has also halted construction of a new facility in the Thilawa Special Economic Zone, near Yangon, Myanmar’s largest city.

As a member of the Association of Southeast Asian Nations, Myanmar has benefited from the relocation of global electronics manufacturing to the region. It has started to make electronic devices and electrical appliances.

However, in general, there are only a few foreign investors that are investing in Myanmar’s electronics sector and its electrical products remain at the low-end of the industrial chain.

Factors Behind the Shift

During the first four months, Myanmar attracted over USD407 million of foreign investment, 54 percent of which came from other ASEAN countries. China was the biggest investor, accounting for 13 percent at USD51 million.

The ready supply of available labor and the relatively cheap cost are the main factors attracting foreign investment. Myanmar had a working population of 24.7 million in 2019, almost three-times that of Cambodia, according to World Bank statistics. Labor is also quite cheap, with the average monthly salary in the manufacturing sector being around USD117.50, much less than in Cambodia and Vietnam.

Water costs are low at just USD0.04 per cubic meter. However, due to the ramshackle grid, electricity prices are high. Only half of the country’s households are connected to the grid, and blackouts during the dry seasons are particularly frequent, even in Yangon, the country’s economic hub.

As an underdeveloped country, Myanmar can enjoy preferential duties from over 30 developed nations, including the EU, the US and Japan. Although its garment sector in particular benefits from generous tax waivers through the Generalized System of Preferences, the US and EU have revoked this privilege multiple times as a way of implementing economic sanctions on the country.

Myanmar is transforming from an agricultural economy towards one more focused on industry and services. The country has the potential to become an integral part of regional supply chains and grow into a significant logistics hub thanks to its strategic geographic location and abundant resources.