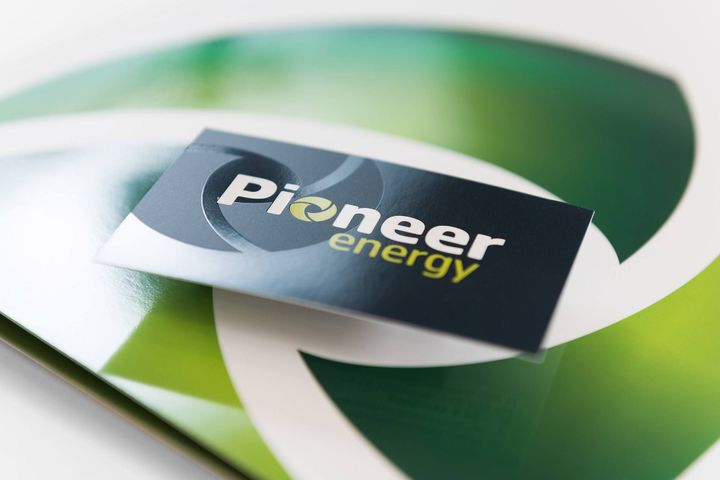 Thermal Energy Storage Is the Future of Energy Waste Reduction

(Yicai Global) Dec. 3 --  Most agree that in order to reduce greenhouse gas emissions the world needs to shift the energy industry to renewable sources. Yet even if solar and wind energy systems are gaining momentum worldwide, their reliance on nature, which is unpredictable, limits their scope of application.

In 2016, China's National Energy Bureau and the National Development and Reform Commission stated that more than 50 billion kilowatts of wind energy were being wasted, half of that during winter. This would be enough energy to heat 500 square kilometres, or a surface area roughly the size of Spain.

To prevent such waste, a Chinese company, Pioneer Energy, has developed a thermal energy storage technology that can harvest energy through high-density phase change heat storage.

While this might sound confusing, the principle is actually simple: phase change materials (PCM) such as water or paraffin wax are substances able to transform from one physical state to another depending on the temperature. They can store and release thermal energy when they undergo a process of melting and freezing.

Imagine a wall filled with wax: energy input melts the wax, making its phase change from solid to liquid. Once you stop applying energy (from a solar panel, for instance) the wax will cool back to its solid phase, releasing the stored energy as heat.

Founded in 2011 in Zhangjiagang, in the province of Jiangsu, Pioneer Energy now applies its innovative technology to households, commercial and industrial buildings.

They supply entire agricultural freeholds with their heating solutions, as well as 15 government buildings and 22 schools in Qianxi County. In addition to heating shopping malls and modern high-rise office buildings, they cater to provincial energy needs. The company has also established a tech center to enhance and research phase-change material in Shanghai.

Pioneer Energy's founder and CEO, Hong Wang, previously worked in the energy, environmental and medical sectors. His company's business model now leans towards energy, relying on four major segments of the industry — energy production, transport, storage and application. It is positioned to capitalise on a rapidly growing market.

Valued at approximately USD 3.72 billion in 2017, the latent heat thermal energy storage market is expected to generate revenues of around USD 7.45 billion by the end of 2024, according to a Zion Market Research study. However, Wang believes the industry will outgrow these predictions.

The company's CEO identifies three intertwined areas, or "drivers," where he is hoping for Pioneer Energy to spearhead energy and environmental solutions. These are reducing air pollution, offering clean energy alternatives, and focusing on increasingly efficient energy generation and storage – since their unit cost by kilowatt-hour is three percent that of electrochemical batteries.

In addition, Pioneer Energy's proprietary Heatrix and Lansheen heating transference technology provides an easy way to offset the intermittency of renewable energy sources, balancing energy demand between daytime and nighttime, or summer and winter. It can heat houses and businesses as large as 1,200 square metres for 8 to 16 hours with stored energy.

Recently, the company helped convert the heating system of the Tianjin Tower, a major skyscraper in Tianjin City. Previously, the Tianjin Tower was paying USD 9.6 million per year for utilities. Since converting to Pioneer Energy's system, they have saved USD 5.5 million, or 70 percent of their original heating bill.

The good news for Wang is that phase change materials are likely to see an uptick in price as China's winter arrives. In terms of the financial market, the country fulfills its energy needs by paying spot prices for energy supply.

While market demands for energy are constantly fluctuating, Pioneer Energy is less vulnerable than other energy providers that must source their raw materials first, be it lithium for batteries or manufacturing panels for solar energy capture.

As the LNG price increases, the company hopes more consumers will be driven to use its technology.

Pioneer Energy's ambition is to become the largest distributed clean energy-heating provider in China. By extension, it could become the largest in the world, with the potential for positive environmental repercussions on a major scale.

Thermal heat storage presents distinct advantages over traditional green energy sources such as water, solar or wind. These all require a high initial outlay of investment in terms of infrastructure. Moreover, renewables still waste a lot of the energy they generate. Pioneer Energy's edge lies in its ability to store it.

Wang cites Peter Thiel's book Zero to One: Notes on Startups, or How to Build the Future as an inspiration for Pioneer. He describes his company as "zero to one" in the clean energy field, saying it was an extraordinary feat that a relatively small energy company like his can heat a massive project such as the Tianjin Tower.