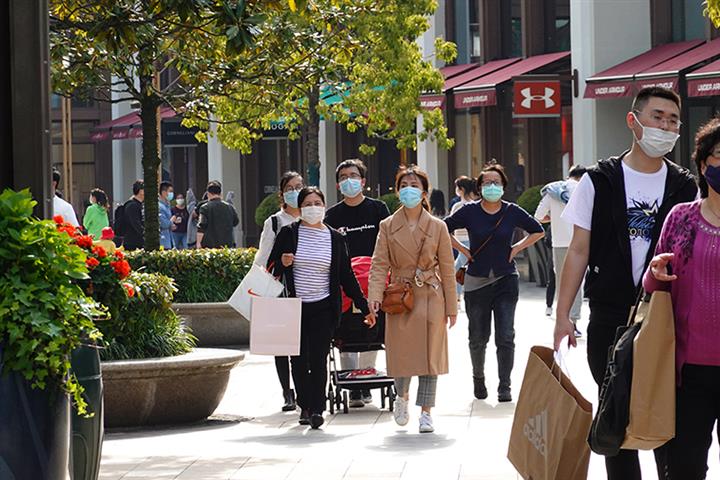 (Yicai Global) June 15 -- Whether China’s gross domestic product can return to positive territory this quarter depends on how much the economy picks up this month as the Covid-19 pandemic continues to batter the global economy, according to a spokesperson for the National Bureau of Statistics.

Most key economic indexes have greatly improved in the second quarter, Fu Linghui said today. There are strong signs of the economy is stabilizing as the service sector improves and the decline in consumption and investment continues to narrow.

But face-to-face businesses, as opposed to those online, will continue to be affected by the pandemic, Fu said. That will put the brakes on investment in manufacturing and hamper production and operations.

The outlook for the rest of the world looks bleak. The World Trade Organization's goods trade barometer sank to a historic low this quarter, well below the baseline of 100, Fu said. The United Nations Conference on Trade and Development forecasts that the volume of global trade will slump 26.9 percent in the three months ending June 30 from last quarter.

China’s services production index, an indicator of production growth in the service sector, rose 1 percent year on year, compared with an annual fall of 4.5 percent in April, according to NBS figures released today.

Value-added industrial output, which measures the activity of designated large businesses with annual turnover of at least CNY20 million (USD2.8 million), fell by 2.8 percent in the first five months of the year compared with the same period last year, an improvement on an 8.4 percent drop in the first quarter.

Total retail sales of consumer goods reached CNY3.2 trillion (USD451 billion) last month, a drop of 2.8 percent from the same period last year, and a narrowing of the 7.5 percent fall in April.

Still, some key gauges remain in negative territory, indicating that the economy has not yet returned to normal and further offsetting of the fallout from Covid-19 is needed, Fu said. The changing situation of the pandemic in some areas of China will have an uncertain effect on the economy.