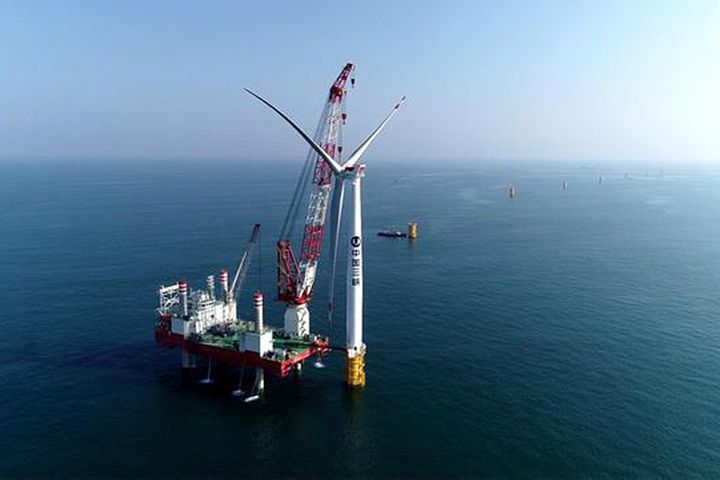 This milestone will greatly help to optimize the local energy mix, The Paper reported.

The project is phase one of an over-one-million-kilowatt offshore wind power plant near Yangjiang, Guangdong province. It lies about 28 kilometers offshore and covers 50 square kilometers with 55 5,500 kilowatt wind power generators and a total installed capacity of more than 300,000 KW. The project is expected to reach its designed capacity by the end of next year.

The project's first stage will generate 800 million KW-hour electricity annually by then, which can meet around 500,000 households' power demands. It can save about 250,000 tons of standard coal and reduce around 650,000 tons in carbon dioxide emissions a year compared with a coal-fired power plant of the same size.

TGC penned a strategic cooperation agreement with Guangdong province to develop clean energy in 2011. The Beijing-based firm will build an offshore wind power plant in phase two to phase five with a total capacity of 1.4 million KW to create an over-ten-million-KW offshore wind power base in Guangdong in the future, per the agreement.

The Chinese government set up TGC in 1993 to oversee the construction of the well-known Three Gorges Project which was finished in 2006 and has become the world's largest hydropower project. The total installed capacity of power facilities operated by and under construction of TCG had reached 132 million KW as of October, per data on the firm's website.