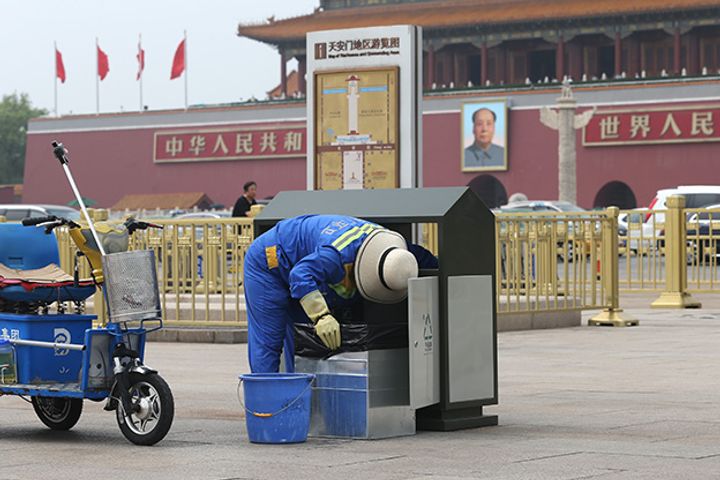 (Yicai Global) Oct. 10 -- Beijing's Tian'anmen Square swarmed with tourists over the National Day holiday, and the quantity of waste they left behind totaled 53.5 tons, showing an annual decrease, CNR.CN reported.

The total quantity of waste collected in the historical landmark was about 53.5 tons, down 0.1 ton from the same period last year, reported Beijing Environmental Sanitation Engineering Group (BESG), which was charged with sanitation in the square.

BESG deployed 672 workers to collect recyclables (such as plastic products and paper), totaling 38 tons, and refuse (such as uneaten food), totaling 15.5 tons.

Any waste was collected within five minutes after being discarded, said an executive with BESG.

The number of holiday visitors to Tian'anmen Square this year topped 4.74 million person-times, up 480,000 person-times per year Despite this rise in tourist numbers, the quantity of waste dropped dropped.